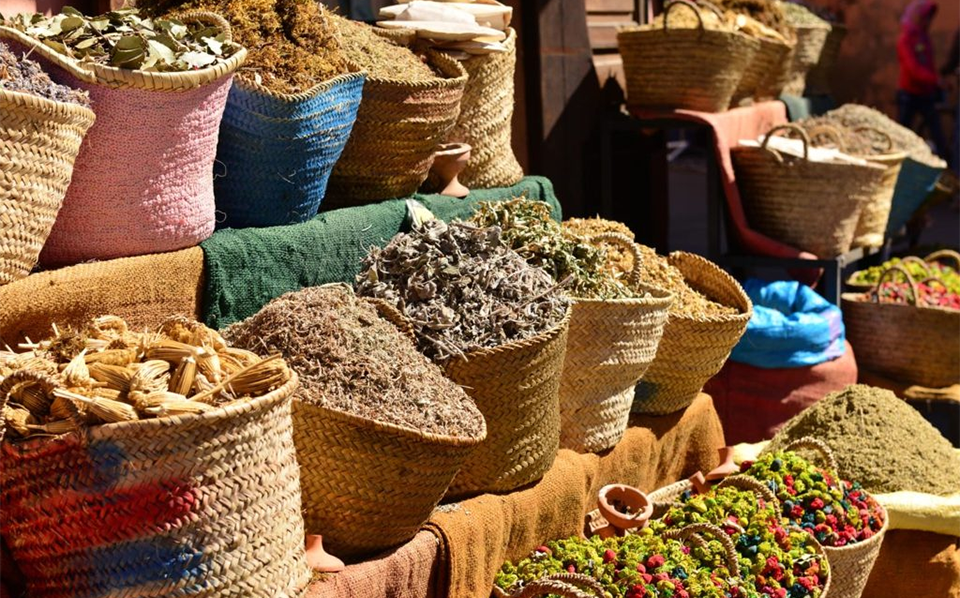 In Africa there is a greater variety of herbal traditions than on any other continent. During the colonial period, native herbal practices were largely suppressed, but today, in a marked turnaround, practitioners of conventional medicine often work closely with traditional healers.

The therapeutic use of medicinal plants in Africa dates back to the earliest times. Ancient Egyptian writings confirm that herbal medicines have been valued in North Africa for millennia. The Ebers papyrus (c. 1500 BCE), one of the oldest surviving medical texts, includes over 870 prescriptions and formulas, 700 medicinal herbs—including gentian (Gentiana lutea), aloe (Aloe vera), and opium poppy (Papaver somniferum)—and covers conditions ranging from chest complaints to crocodile bite. The medicinal arts put forward in this and other Egyptian texts formed the intellectual foundation of classical medical practice in Greece, Rome, and the Arabic world.

Herbal medicines have been traded between the Middle East, India, and northeastern Africa for at least 3,000 years. Herbs widely used in the Middle East, such as myrrh (Commiphora molmol), originally came from Somalia and the Horn of Africa. From the 5th century CE to the 13th century, Arab physicians were at the forefront of medical advancement, and in the 8th century, the spread of Arabic culture across northern Africa had an influence on North African medicine that lasts to this day. In the mid-13th century, the botanist Ibn El Beitar published a Materia Medica that considerably increased the range of North African plant medicines in common use.

In the more remote areas of Africa, nomadic peoples, such as the Berber of Morocco and the Topnaar of Namibia, have herbal traditions that remain largely unaffected by changes in medicine in the world at large. For these peoples, healing is linked to a magical world in which spirits influence illness and death. In Berber culture, possession by a djinn (spirit) is a major cause of sickness, and herbs with “magical” properties are given to restore health. If the patient fails to recover, their condition is likely to be attributed to a curse or to the “evil eye.”

The Topnaar formerly depended completely on their environment for medicines, using the few medicinal plants that grow in such harsh and arid conditions. Although they are now heavily influenced by the Western way of life and have lost much of their plant lore, they continue to employ many indigenous plants medicinally. The stem of the seaweed Ecklonia maxima, for example, is roasted, mixed with petroleum jelly, and rubbed into wounds and burns, while Hoodia currori, a low-lying cactus, is stripped of its thorns and outer skin and eaten raw to treat coughs and colds.

Throughout Africa, thousands of different wild and locally grown medicinal plants are sold in the markets. Some are prescribed as medicines for home use. Others, such as kanna (Membryanthemum spp.) and iboga (Tabernanthe iboga), are chewed to combat fatigue, and are taken as intoxicants in religious ceremonies. According to local accounts in the Congo and Gabon, iboga’s stimulant effect was discovered when observers saw wild boars and gorillas dig up and eat the roots, and subsequently become frenzied.

Conventional Western medicine is well established throughout Africa, but in rural areas, far from medical and hospital services, traditional medicine remains the only form of health care available. Even in urban areas conventional health care services can be limited, and in this situation traditional providers of care such as spiritualists, herbalists, and midwives are the main source of treatment available for the majority of the population.

The World Health Organization aims to achieve a level of health care that will permit all people to lead socially and economically productive lives. In an attempt to meet this, African countries have pioneered the training of traditional medicine practitioners in simple medical techniques and basic hygiene procedures.

In one center in Mampong, Ghana, conventionally trained medical staff work hand in hand with traditional herbal practitioners, encouraging the safer use of herbal medicines and researching them in detail. In nearby Kumasi, the university now offers a BS degree in herbal medicine. This represents a remarkable change in attitude. In the 19th and much of the 20th centuries, colonial governments and Christian missionaries viewed traditional herbalists as witch doctors, whose practices were best suppressed.

The Discovery of New Herbal Cures

Along with encouraging the safer use of herbal medicines, medical centers are researching their use in detail. The benefits of pygeum (Pygeum africanum) have been conclusively established. This tree is traditionally used in central and southern Africa to treat urinary problems. Today, it is regularly prescribed in conventional French and Italian medicine for prostate problems.

Of the plants under investigation in Africa, Kigelia (Kigelia pinnata)—a sub-Saharan tree, and Sutherlandia (Sutherlandia frutescens)—a small South African shrub, are of particular interest. Kigelia has a marked ability to prevent and heal skin lesions, including psoriasis, while Sutherlandia is an adaptogen with anticancer activity.

The reevaluation of traditional herbal medicine in Africa may result in the acceptance of additional plant-based medicines. Today, the opportunity exists to combine the best of traditional practice with conventional medical knowledge, for mutual gain.