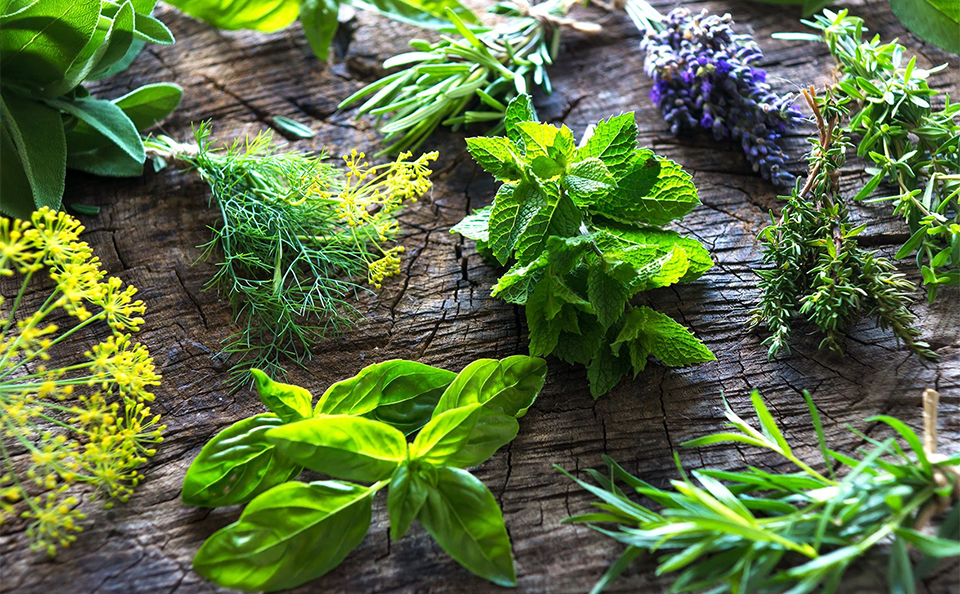 Despite regional variations, European herbal practices largely arose from the common root of the classical tradition. Today, herbalism is increasingly popular in Europe, and in some countries it is widely practiced by orthodox medical practitioners as well as by qualified herbalists.

Each of the world’s major herbal traditions developed its own framework for making sense of illness. In Europe, the principal model for understanding and explaining illness was the “theory of the four humors,” which persisted well into the 17th century. It was laid down by Galen (131–201 CE), physician to the Roman emperor Marcus Aurelius.

Galen was born in Pergamum, and part of his medical practice involved caring for the gladiators of the city, which gave him the opportunity to learn about anatomy and the remedies best suited to healing wounds. He wrote literally hundreds of books and had a crucial influence on European medicine for over 1,500 years. To this day, plant medicines are sometimes called Galenicals to distinguish them from synthesized drugs.

The Theory of the Four Humors

Galen developed his ideas from the texts of Hippocrates (460–c. 377 BCE) and Aristotle (384–322 BCE), who in turn had been influenced by Egyptian and Indian ideas. Hippocrates, expanding on the early belief that the world was made up of the elements fire, air, earth, and water, classified herbs as having hot, dry, cold, and moist properties.

Aristotle developed and endorsed the theory of the four humors. According to the theory, four principal fluids—or humors—exist within the body: blood, choler (yellow bile), melancholy (black bile), and phlegm. The “ideal” person bore all four in equal proportion. However, in most people, one or more humors predominate, giving rise to particular temperaments or characters.

For instance, excess choler produced a choleric-type person, who was likely to be short-tempered, sallow, ambitious, and vengeful. Galen also believed that pneuma (spirit) was taken in with each breath, and processed in the body to form the “vital spirit.” Vitality and health depended upon the proper balance between the four humors and the four elements and the correct mix with the inspired pneuma.

Two other classical writers strongly influenced the European herbal tradition. Dioscorides (40–90 CE), a Greek-born Roman army surgeon, wrote the classical world’s most comprehensive book on herbal medicines, De Materia Medica, based on observations of nearly 600 plants. Pliny the Elder (23–79 CE) drew together writings from over 400 authors in his Natural History, recording, among other things, herbal lore of the time. Much traditional European knowledge of medicinal herbs comes from Dioscorides and Pliny. One of the most interesting herbs mentioned by both is mandrake (Mandragora officinarum).

With a forked root that resembles the human shape, mandrake was credited with great magical and healing powers. It was recommended by Dioscorides for many ailments, including sleeplessness and inflammation of the eyes.

With the collapse of the Roman empire in the 5th century CE, the debate about how illness arose and how it should be treated shifted to the East. By the 9th century, Islamic physicians had translated much of Galen’s work into Arabic, and his ideas affected the development of Arabic medicine into the Middle Ages, influencing Avicenna (980–1037).

Later in the Middle Ages, Galen’s writings were translated back into Latin from the Arabic and, for 400 years, his ideas held sway and were diligently applied in European medical practice. Even in the 16th and 17th centuries, students in university medical schools were given an academic training in the principles of the humoral system, as established by Galen. They learned how to diagnose an imbalance of the humors, and the methods of restoring equilibrium, primarily bloodletting and purging.

The invention of printing in the 15th century changed the face of herbal medicine in Europe. Before that time, European folk medicine had been handed down from generation to generation. While some early herbals were written in Anglo-Saxon, Icelandic, and Welsh, for example, for the most part the tradition was orally based.

During the following centuries, herbals were published throughout Europe in different languages, making standardized catalogs of herbs and their applications accessible to the general public, not just to those who understood Latin. As literacy rates rose, women in particular used the advice in the herbals to treat their families.

In some cases, the printed herbals were written by physicians, and largely reflected the writings of classical authors such as Dioscorides. In other instances they were based directly on first-hand experience—the English herbals of John Gerard (1597) and Nicholas Culpeper (1652) being good examples.

John Gerard’s The Herball is clearly the work of a horticulturist, rather than of an herbal practitioner, but is nonetheless a mine of information. The book includes many plants that had been recently brought back to Europe by explorers and traders.

Culpeper’s The English Physitian has been widely used as a practical reference book ever since its publication. It is a rich blend of personal and practical experience, traditional European medicine, and astrological thought. Each herb is assigned a “temperature,” a use within the humoral system, and a ruling planet and star sign. Like Dioscorides’ De Materia Medica, it has the merit of being based on close observation and extensive experience in the use of herbal medicines.

The growing use of foreign herbs in the 17th century prompted heated debate about the relative value of indigenous European herbs, but for the majority of the population this was irrelevant as the imported herbs were well out of their price range. In the end, it created a rift in herbal medicine.

Poor and rural peoples used locally available herbs, while affluent city dwellers and aristocrats purchased plants of foreign origin, prescribed by university-trained physicians. By the beginning of the 18th century, approximately 70 percent of plant medicines stocked by European apothecaries were imported. Over time, this city-based herbalism evolved into conventional scientific medicine, which in turn rejected its herbal roots and regarded plant medicines as inferior.

Once conventional medicine established its monopoly of practice—in most European countries by the end of the 19th century—it became (and in many cases still remains) illegal to practice herbalism without medical certification. In Greece, traditional herbalists, known as komboyannites, were persecuted, and the word itself became an insult meaning “trickster” or “quack.” In France and Italy, experienced traditional herbalists were imprisoned for providing treatment to their patients. The renaissance in herbal medicine that has occurred in the last 40 years offers hope that official censure will change.

The pattern of herbal medicine across Europe today is remarkably varied, but a common thread runs through the different traditions and practices. Most European herbalists use orthodox methods of diagnosis, looking for signs of infection and inflammation, for example. However, most also try to establish a broad, holistic picture, placing the illness in the context of the patient’s life as a whole. Herbalists then choose plant medicines and recommend suitable dietary and lifestyle changes that will allow the body’s self-regenerating powers—the modern equivalent of the “vital spirit”—to establish good health once again.

Recovery may take longer than it would if treated with conventional medicine, but relief is generally enduring and free from side effects. A patient with a stomach ulcer, for example, may be treated with a variety of herbs such as meadowsweet (Filipendula ulmaria), German chamomile (Chamomilla recutita), marshmallow (Althaea officinalis), and deadly nightshade (Atropa belladonna) to soothe inflammation, astringe, and protect the inner lining of the stomach, and reduce excess acid production.

In addition, herbal practitioners also address poor dietary habits, bad posture, and stress—which are all conditions that may have undermined the body’s healing ability. Problems such as these are reversed with herbs to relieve stress, a diet rich in non-acidic vegetables and fruits, and exercise.

In European herbal medicine, native herbs are still highly popular. Alpine plants such as arnica (Arnica montana) and pulsatilla (Anemone pulsatilla) are much used in Swiss, German, Italian, and French herbal medicine, while comfrey (Symphytum officinale) is particularly well liked in Britain. There has also been a surge in demand for exotic herbs. The Chinese ginkgo tree (Ginkgo biloba), which improves circulation of blood to the head and helps the memory, is now cultivated in vast plantations in France, and has been a bestselling medicine in Germany for over 20 years.

Sales of over-the-counter herbal medicines in Europe have continued to increase over the last two decades, though the reasons for this growth vary widely. It is possibly a reaction to the over-reliance on drug treatment in conventional medicine. Sound advice on a healthy diet and lifestyle, including food herbs, such as turmeric (Curcuma longa), might well prove more beneficial than conventionally prescribed drugs in helping an aging population to stay healthy for longer.

Nevertheless, in several European countries herbal medicines are routinely prescribed, offering doctors a choice of gentle-acting treatments for chronic and more minor health problems. In Germany and Poland, herbal medicines can be frontline treatments for digestive disorders and chronic problems such as arthritis. This approach leaves conventional drug treatments available for more acute or serious conditions.

In contrast, a barely reported trend is that more and more people are growing medicinal plants. There seems to be a desire to rediscover the magic of cultivating and harvesting plants, and involving them (as food and medicine) in one’s daily life.