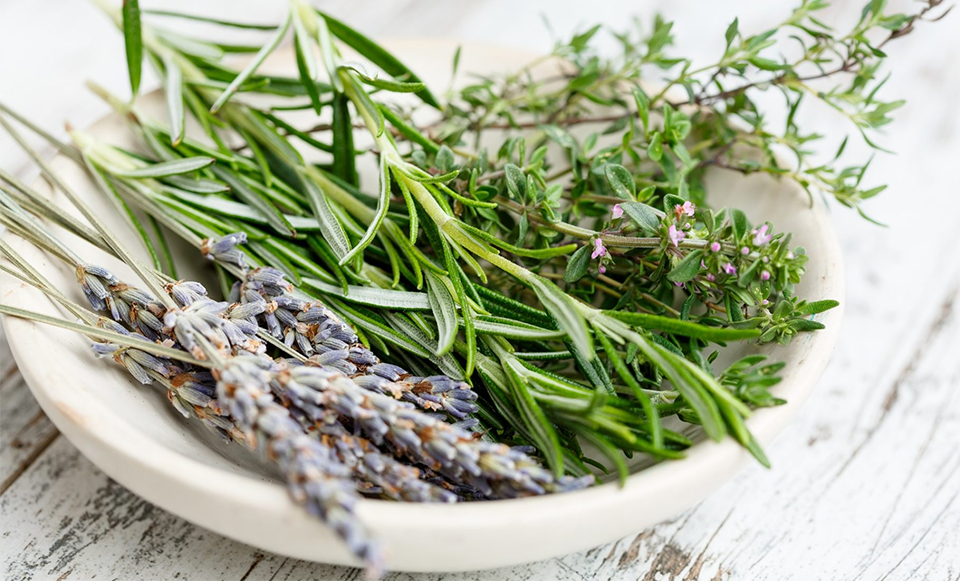 Many ancient herbal traditions in North and Central America not only withstood the influx of European settlers but helped to reinvigorate Western herbalism. In parts of Central America herbal medicine is widely practiced, and in the U.S. and Canada it is again enormously popular.

Stretching from the Arctic wilds of Canada and Alaska to the tropical regions of Panama, North and Central America cover diverse geographical regions and harbor an immense variety of medicinal plants.

Most of them are indigenous, but others—such as nutmeg, ginger, and tamarind—were introduced from the Old World from the 16th century onward. Likewise, native American medicinal plants—such as corn, cocoa, cayenne, and sunflower—were introduced to Europe, Asia, and Africa. This trade of species was an important part of the interplay between the Old and New Worlds’ herbal traditions.

Herbal medicine is commonly practiced in rural areas of Central America, especially in Guatemala and Mexico. In the Mexican tradition, loss of “balance” between hot and cold elements within the body is thought to be the underlying cause of illness, and the healer’s art is to restore balance and vitality.

Mexican herbal medicine is not a static tradition, but has evolved from a shifting blend of Aztec, Mayan, and Spanish influences. Long before Hernando Cortez and his conquistadors came ashore in 1519, the Mayan and Aztec cultures had a well-developed understanding of plant medicines. The Badianus Manuscript, the first American herbal (written by an Aztec, Martin de la Cruz, in 1552), lists the medicinal uses of 251 Mexican species. They include damiana (Turnera diffusa), taken by the Maya as an aphrodisiac, and mesquite (Prosopis juliflora), used by the Aztecs as an eye lotion. Both species are still used medicinally, alongside European herbs such as pennyroyal (Mentha pulegium) and thyme (Thymus vulgaris).

It is thought that approximately 65 percent of the plants used today by traditional Mexican herbalists originated in Europe. In other Central American countries efforts are being made to encourage people to use herbal medicine as the first line of treatment for illness. Projects in the Dominican Republic and Nicaragua, for example, are teaching women how to use local herbs within their communities, while in Cuba doctors routinely prescribe medicinal herbs to make up for the scarcity of conventional medicines.

Throughout the Caribbean, domestic herbal medicine remains popular. Some of the widely used herbs include fever grass or lemon grass (Cymbopogon citratus), which, as its name suggests, is used to treat fevers, and kerala (Momordica charantia), a creeping vine that is prized as a “cure-all” on many of the islands. Kerala has been shown to have an ability to lower blood-sugar levels and may help to slow down the onset of diabetes, a relatively common illness among Afro-Caribbeans.

The medical and religious customs on each Caribbean island vary, but on many they reflect the African traditions of transported slaves, especially of the Yoruba people shipped from West Africa, who carried on the practices of their homelands. In some of these traditions, herbs are valued for their magical power as well as for their medicinal properties. Tobacco (Nicotiana tabacum) for example, is used for divination in many American cultures, including in Santeria and Voodoo religious rituals, as are other herbs, including garlic (Allium sativum) and cayenne (Capsicum frutescens).

Moving north, Native American herbal medicine in what is now the United States was and is primarily shamanistic in nature, involving herbal lore, ritual, and magic. Shamanistic societies from Siberia to the Amazon believe that, in serious illness, the soul of the sick person has been taken over by malign forces.

The shaman’s role is to heal both the physical and the spiritual dimension of the illness. The patient cannot be truly cured until his or her soul has been freed from evil spirits. Shamanistic ceremonies and rites to heal the sick person’s spirit include dancing, chanting, drumming, playing games, and the stirring of ashes or sprinkling of water. By taking hallucinogens such as peyote (Lophophora williamsii), the shaman is able to reach out to the spirit world and heal both the individual and the community as a whole.

In all Native American cultures from Canada to Chile, herbs are thought to have spiritual energy, and many of them are invested with great magical power. The Iroquois believe that cardinal lobelia (Lobelia cardinalis) and morning glory (Ipomoea pandurata) have the ability to heal or harm, and should be picked, stored, and used with great care.

Morning glory is considered so powerful that even touching it could cause harm. The Iroquois use the plant as a remedy for coughs, tuberculosis, and other ailments, and also take it as a decoction with sunflower seeds (Helianthus annuus) as a sacrament in spring and autumn rituals. Tobacco, now considered an addictive drug, was a sacred shamanistic herb for most Native American peoples. It was smoked in pipes and “thrown into fires as an offering, cast into the wind and water to abate storms, scattered about a fish weir to improve the catch, and offered to the air in thanksgiving for escape from danger,” according to Virgil Vogel’s American Indian Medicine (1970).

The first European settlers in North America, arriving in the early 17th century, tended to dismiss Native American medical practices as nothing more than primitive savagery. The settlers relied largely on imported herbal medicines, or on European plants hardy enough to grow in eastern North America.

As time went by, however, the settlers’ increased contact with indigenous peoples in the frontier regions fostered a healthy respect for their healing skills. Sometimes settlers adopted not just the plants but the harvesting and therapeutic methods as well. Joseph Doddridge, in Notes on the Settlement and Indian Wars (1876), relates that butternut bark (Juglans cinerea) was peeled downward if it was to be used as a purgative (acting “downward” by purging the bowels), and upward for use as an emetic (acting “upward” by provoking vomiting).

The types of healing regimens practiced by Native Americans eventually gained widespread popularity. Toward the end of the 18th century, Samuel Thomson (1769–1843) developed a simple therapeutic regimen based on Native American herbal practice. Thomson never acknowledged the debt, but it is clearly evident—from the use of emetics, purgatives, and stimulants, to the central role of sweating and vapor baths (based in part on Native American sweat lodges), to the deep knowledge of American medicinal plants.

Thomson considered that “all disease is caused by cold” and his system worked well for those with a robust health struck down by infection or injury. The two main herbs in his system—cayenne, a stimulating herb, and lobelia, an emetic, relaxant, and stimulant—act to raise body temperature and dilate the blood vessels. Taking these plants helps to increase resistance to infection and speeds the healing of wounds.

The fertile marriage between Native American and Western herbal medicine led to the establishment of more sophisticated herbal systems, such as Eclecticism, founded by Dr. Wooster Beech (1794–1868) in the 1830s. Beech studied both herbal and conventional medicine and tried to combine the new scientific knowledge of physiology and pathology with the best of the herbal tradition. Beech rejected Thomson’s theories as being overly simplistic, and aimed to use the lowest dosages possible to achieve good results.

His approach was so successful that at Eclecticism’s height in 1909, over 8,000 members were in practice, all with recognized medical qualifications. Another significant medical movement, inspired by Thomson’s regimen and influenced by the Eclectics, was Physiomedicalism. Using many herbs, these practitioners sought to harmonize “the organic tissues with the vital force,” with the aim of restoring equilibrium within the body.

Believing the stomach was the source of disease, Physiomedicalists used herbs that induced vomiting, such as pokeweed (Phytolacca americana), to cleanse the organ. Other herbs, such as echinacea (Echinacea spp.), now recognized as an effective immune modulator, and goldenseal (Hydrastis canadensis), a tonic and anti-inflammatory, were then prescribed to aid recovery.

The second half of the 19th century was an extraordinary time for American natural medicine. In addition to engendering osteopathy and chiropractic at the turn of the century, it also reinvigorated herbal medicine in Britain to such a degree that Physiomedicalism became an Anglo-American herbal tradition. To this day, British herbalists still use a far wider variety of North American medicinal herbs than do their European counterparts.

With the passing of liberal legislation in 1994, use of herbal medicine in the U.S. exploded and sales of St. John’s wort (Hypericum perforatum)—the most extreme example—are thought to have increased by 3,900 percent between 1995 and 1997. Such growth could not be sustained, and led to lower-quality herbal products being sold over the counter. The American Botanical Council has been at the forefront of the campaign to raise quality standards of herbal medicines, and many bona fide herbal manufacturers have signed up to their Botanical Adulterants program. At the same time, greater resources are being put into researching herbal medicines, for example through the U.S. National Center for Complementary and Integrative Health, which has so far funded over 15 clinical trials into herbs such as garlic (Allium sativum) and saw palmetto (Serenoa repens).

Over the past 20 years, North Americans have become increasingly savvy about herbal medicines and their role in maintaining well-being and treating ill health. Best-selling herbs include turmeric (Curcuma longa) and elderberry (Sambucus nigra), and their use fits well with the American tradition of self-reliance.