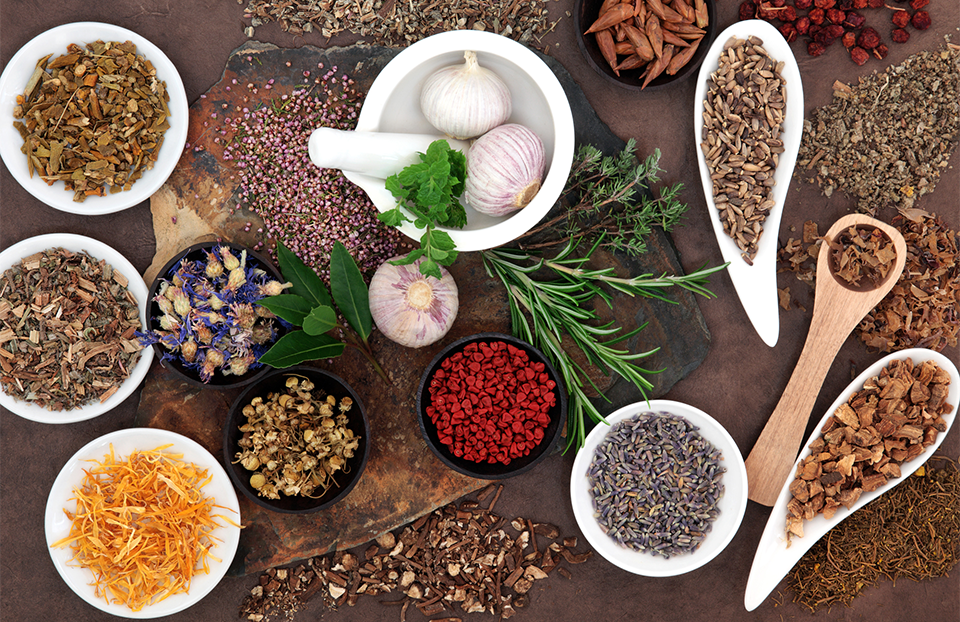 Herbal medicine is a part of the struggle for survival for the indigenous peoples of South America, as they seek to protect their culture and natural habitats. As the great rain forests disappear we are losing thousands of plant species, some of which may have had great medicinal value.

Herbal medicine in South America conjures up images of shamanistic rituals and a collection of thousands of as yet unclassified plants under the thick canopy of the rain forest. But these are only two facets of the continent’s herbal tradition—those of the Amazon and Orinoco regions. Distinctly different plants and practices are found in other areas, for example on the Bolivian Andes plateau, on the humid plains of Paraguay, and in cities such as Rio de Janeiro.

Ever since the Spanish conquest in the early 16th century, European writers have remarked on the huge variety of plant medicines used by native peoples. The most important of these was cinchona (Cinchona spp.), a traditional Andean fever remedy, which the Spaniards first discovered around 1630. Quinine, produced from this plant, became the most effective treatment for malaria for nearly 300 years and is still widely used as a tonic, bitter, and muscle relaxant.

Other important plants originating in South America include the potato (Solanum tuberosum), which was cultivated in over 60 different varieties by the Inca. Its uses are wide-ranging, but it is particularly effective as a poultice for skin conditions. Ipecac (Cephaelis ipecacuanha)—now commonly found in over-the-counter cough preparations—was taken by Brazilian native peoples to treat amebic dysentery. Maté (Ilex paraguariensis), which grows in southern regions of the continent, makes a stimulating beverage that is prepared and drunk like tea. Maté has become so popular it is now cultivated in Spain and Portugal as well as in South America.

Since the 1950s, specialist ethnobotanists have lived within native communities, particularly in the Amazon region, where most tribes have a highly developed herbal lore. Their work has resulted in a wealth of knowledge about Amazonian species. Pareira (Chondrodendron tomentosum), a climbing vine of the rain forest, for example, yields the poison curare used in hunting, and is taken medicinally to treat water retention, bruising, and insanity. Sadly, however, the herbal medicine of many indigenous groups is now under threat as the rain forests, and their culture, disappear.

Notorious in the West as the source of cocaine, coca (Erythroxylum coca) is an important medicine in South America for nausea and vomiting, toothache, and asthma. It is also completely interwoven into the culture of indigenous Amazonian and Andean peoples and serves as a precise example of the unique relationship that traditional peoples have with the plant world. Many different myths confirm coca’s sacred and ancient origins in South America, and great ritual and significance is attached to the leaves, which, when mixed with lime and chewed, reduce appetite and increase endurance.

Many hallucinogenic plants are used within South American shamanistic societies, notably ayahuasca (Banisteriopsis caapi). This powerful “medicine” enables the shaman (priest) to communicate with the spirit world and cure the patient’s ill health.

In more westernized areas of South America, herbal medicine is often a blend of both Spanish and local traditions (as is also the case in Central America). Large herb markets exist in some cities, such as La Paz and Quito, which provide an astonishing variety of indigenous and European herbs. In Ecuadorian markets, for example, anise (Pimpinella anisum), a digestive remedy for colic and cramps that originally came from the Mediterranean, is sold alongside unusual native medicines such as arquitecta (Culcitium reflexum), a diuretic and detoxifying herb traditionally used to treat toxicity and infections, including syphilis.

Research into native herbs has led to the use of certain plants in conventional medicine. Brazilian investigation into pau d’arco (Tabebuia impetiginosa) indicates significant therapeutic potential for fungal infections, inflammation of the cervix, HIV, and cancer. While pau d’arco’s effectiveness in treating cancer is controversial, it is currently prescribed both by local doctors and in hospitals.

Research into herbal medicine is expanding, with hospital-based studies taking place in centers such as Belem in northeastern Brazil and Bogotá in Colombia. Such studies are important for the world as a whole. The locally based researchers, unlike most multinational drug companies, are willing to develop medicines based on simple extracts, which may ultimately prove more effective than the isolated constituents often used in conventional drugs.