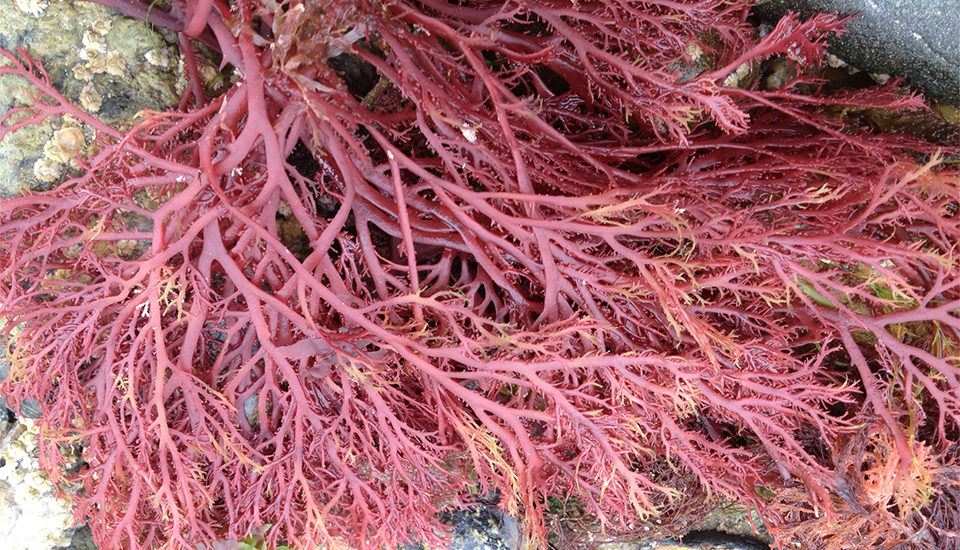 Seaweed with red-brown, translucent, multi-branched ribbons and fronds growing to about 3 ft (1 m) in length. It has spherical fruit that appears in late autumn and winter.

Agar is native to the Pacific coasts of China and Japan and the coast of South Africa. It grows to a depth of 100 ft (30 m) below sea level. Commercial harvesters rake plants off banks and rocks. The cleaned seaweed, after being boiled with sulphuric acid for 6 hours, yields agar, which sets to form a jelly. Around 6,500 tons of processed agar are produced each year.

Agar contains polysaccharides, mainly agarose and agaropectin (up to 90%), which are very mucilaginous.

Agar is commonly used as a thickening agent in food preparation, but its most widespread application is in scientific research, where it is used as a culture medium for growing micro-organisms in petri dishes.

Like most seaweeds and their derivatives, agar is nutritious and contains large amounts of mucilage. Its chief medicinal use is as a bulk laxative. In the intestines, agar absorbs water and swells, stimulating bowel activity and the subsequent elimination of feces.

While G. amansii is the main agar-producing species, G. cartilagineum (found on the Pacific coast of North America) and other closely related species around the world are being used as alternative sources.