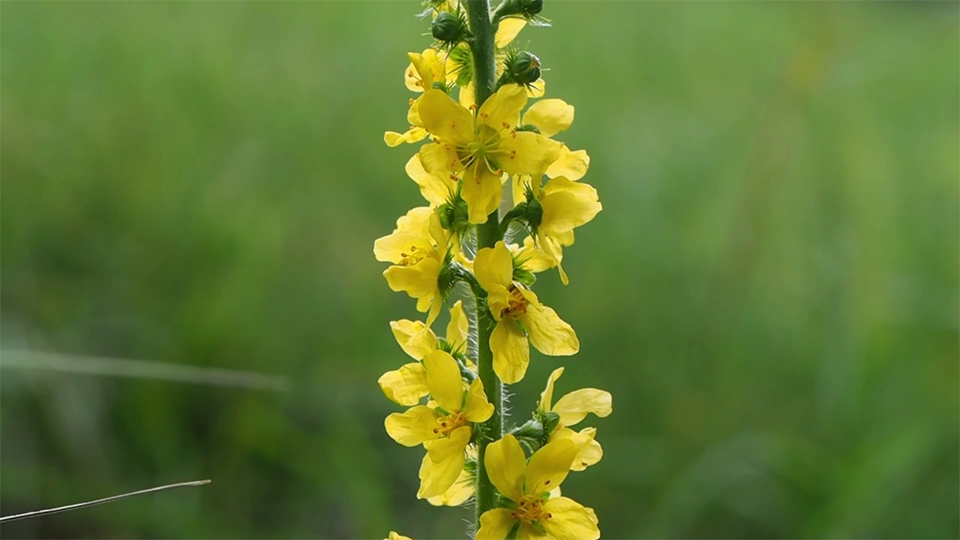 Agrimony is a native European herb commonly found in marshes, wet meadows, and open areas. It is harvested when in flower in summer.

The species name Eupatoria has regal associations. Mithridates Eupator (d. 63 BCE), King of Pontus in northern Turkey, was said to have had a profound knowledge of plant lore and antidotes to poisons.

Agrimony has long been used by herbalists to heal wounds because it staunches bleeding and encourages clot formation. An astringent and mild bitter, it is also a helpful remedy for diarrhea and a gentle tonic for digestion as a whole. Combined with other herbs such as cornsilk (Zea mays), it is a valuable remedy for cystitis and urinary incontinence, and has also been used for kidney stones, sore throats, hoarseness, rheumatism, and osteoarthritis.

Agrimony’s blood-staunching and anti-inflammatory properties have been established by experiments in China.

Xian he cao (A. pilosa) is used in China for comparable conditions.