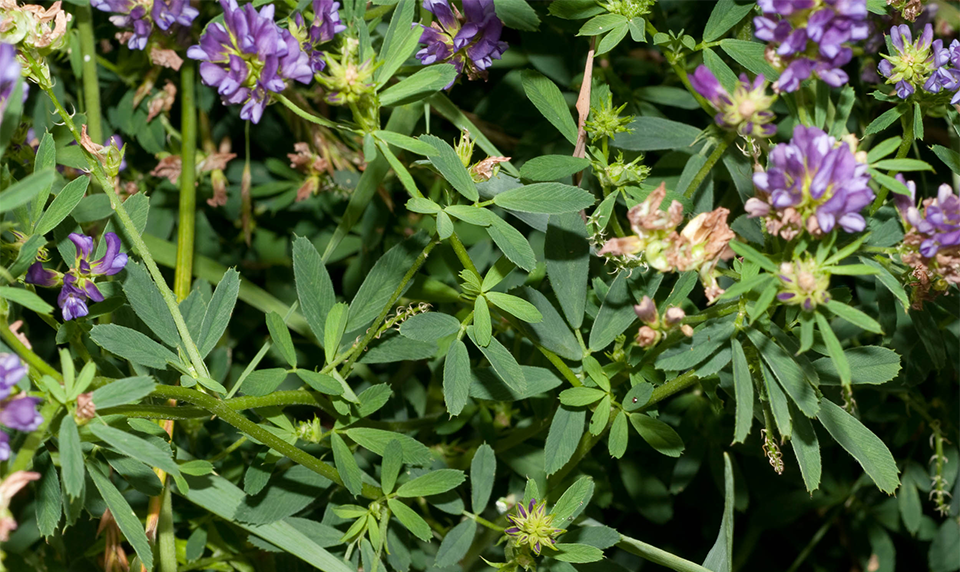 Perennial herb growing to 32 in (80 cm). Has 3-lobed leaves, flowers that range in color from yellow to violet-blue, and spiraling seed pods.

Native to Europe, Asia, and North Africa, alfalfa is found in meadows and in both open and cultivated areas. Grown as a fodder crop in temperate climates, it is harvested in summer.

Though mostly used as an animal feed, alfala seeds have been consumed as food for thousands of years. Pliny (23–79 CE) records that alfalfa was brought to Greece by Darius, King of Persia (550–486 BCE), during his attempt to conquer Athens.

Alfalfa is perhaps more therapeutically useful as a food than a medicine as the seeds are taken to help lower cholesterol levels. In view of alfalfa’s estrogenic activity, it can prove useful in treating problems relating to menstruation and menopause.

Do not take alfalfa alongside the anticoagulant medication warfarin. Avoid sprouted seeds in compromised immune states. Using large amounts is not advisable in pregnancy or in autoimmune diseases.