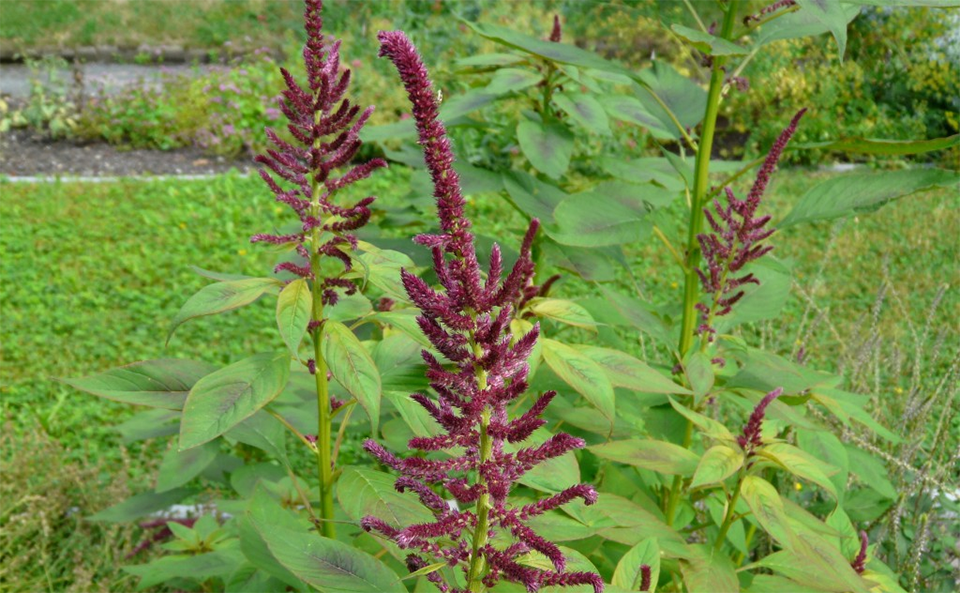 Sturdy, upright annual growing to about 3 ft (1 m). Has deeply veined, lance shaped, purple-green leaves that grow to 6 in (15 cm) and tufts of small, deep crimson flowers on long spikes.

Native to India, amaranth grows wild in many countries, including the U.S. A common garden plant, it is harvested when in flower in late summer and early autumn.

Amaranth contains tannins, including a red pigment used to dye foods and medicines.

Amaranth comes from the Greek word meaning “unwithering.” The amaranth was sacred to the goddess Artemis, worshipped at Ephesus, and was thought to have special healing powers. As a symbol of immortality, it was used to decorate tombs and images of the gods.

Amaranth is an astringent herb that is used primarily to reduce blood loss and to treat diarrhea. A decoction of amaranth is taken as a remedy in cases of heavy menstrual bleeding, excessive vaginal discharge, diarrhea, and dysentery. It is also used as a gargle to soothe inflammation of the pharynx and to hasten the healing of canker sores.

Quinoa (A. caudatus, also known as Inca wheat) is a nutritious Andean grain. It is used to make bread and is eaten in salads. The seeds of A. grandiflorus are used as a foodstuff by Australian Aborigines.