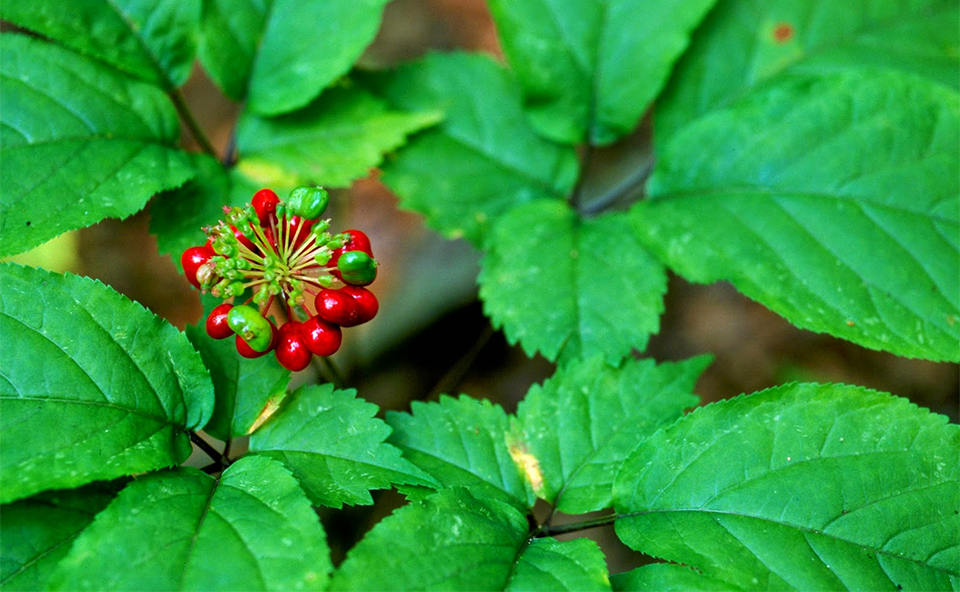 American ginseng is native to North America and the Himalayas. A woodland plant, it is rarely seen in the wild due to overharvesting. It is cultivated in Wisconsin, China, and France. The root is gathered in autumn.

Native American peoples may have considered this herb a means to increase female fertility. From the mid-18th century, the collection of the herb for export to China became a virtual goldrush, with so many Native Americans out harvesting American ginseng that settlers reported finding villages almost deserted. The Ojibwa people always planted a seed to replace the herb, but this was not universal practice. American ginseng became rare toward the end of the 19th century.

Do not take American ginseng during pregnancy.