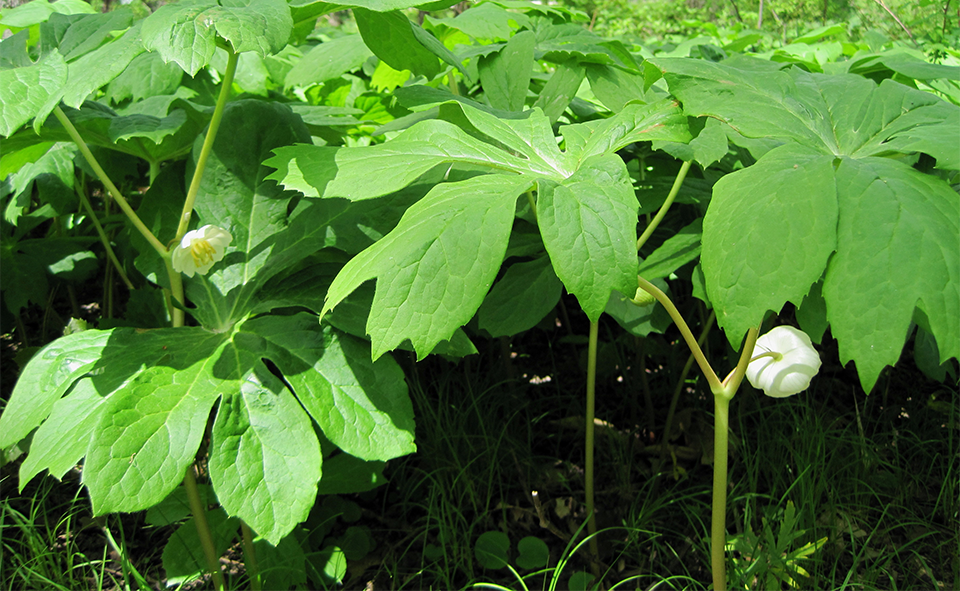 American mandrake is native to northeastern North America. It is commonly found in damp woodland and pastureland. The rhizome is unearthed in autumn.

The rhizome of American mandrake contains lignans (especially podophyllotoxin), flavonoids, resin, and gums. The lignans are responsible for the rhizome’s purgative action.

American mandrake was much used as a purgative, emetic, and worm-expelling herb by Native Americans. In the U.S. in the 19th century, both herbal and conventional medical practitioners regarded the plant as the safest and most readily available purge.

Despite 19th-century beliefs in its safety, American mandrake is no longer taken internally on account of its cytotoxic (cell-killing) action. However, applied externally as a poultice, lotion, or ointment, the root can be an effective treatment for all kinds of warts.

The lignans in American mandrake—podophyllotoxin in particular—act against tumors and have been extensively researched for their anticancer potential. Semisynthetic derivatives of podophyllotoxin appear to be the most promising, having minimal toxicity.

The Himalayan P. hexandrum may have similar actions.

Do not take internally. The plant is subject to legal restrictions in most countries.