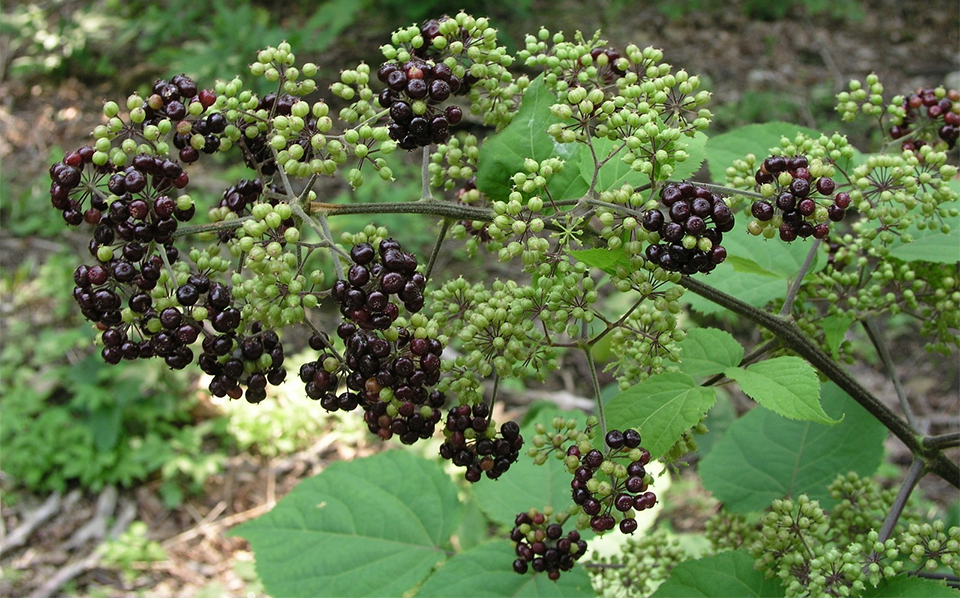 American spikenard is native to North America. The root is unearthed in summer or autumn.

The Cherokee made a tea for backache from American spikenard, and the cure was later adopted by New World settlers. The Shawnee used it for flatulence, coughs, asthma, and breast pain; the Menominee as a cure for blood poisoning. The plant was included in the US National Formulary from 1916 to 1965.

Many of American spikenard’s current uses come directly from Native American precedents. The herb encourages sweating, is stimulant, and detoxifying. It is taken for rheumatism, asthma, and coughs. Applied externally as a poultice, the herb is used to treat a number of different skin conditions, including eczema.

Wild sarsaparilla (A. nudicaulis) is a North American relative used medicinally in much the same way as American spikenard. The leaves and stalks of two East Asian Aralia, A. chinensis and A. cordata, are eaten as vegetables.