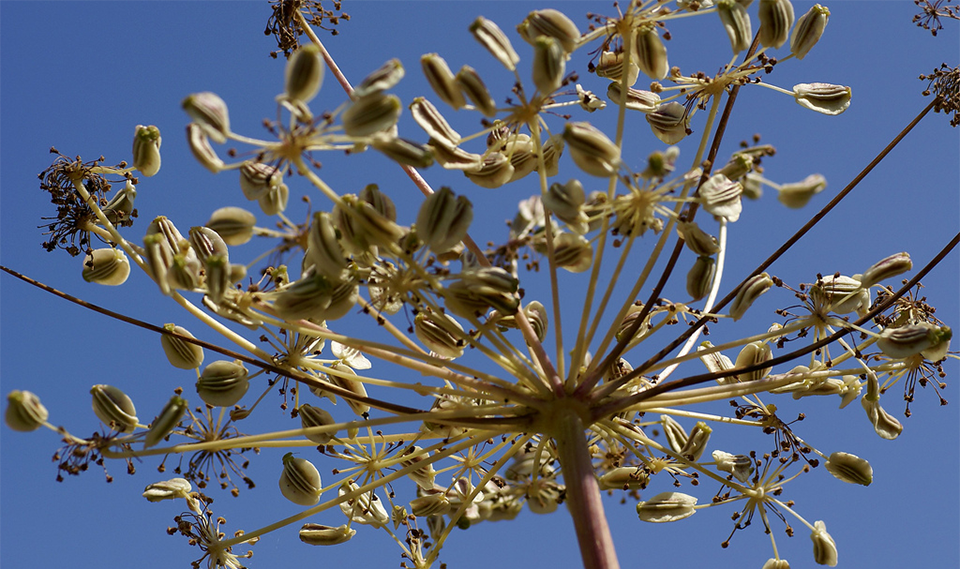 Very large perennial herb growing to a height of 10 ft (3 m), with a stout stem, compound leaves, and umbels of white flowers.

Ammoniacum is native to central Asia, Iran, and northern Russia. When pierced, the stem exudes a milky gum, which is pressed into blocks and then ground into a powder.

Ammoniacum’s medicinal value has been appreciated since ancient times, and is mentioned by Hippocrates (460–377 BCE). The herb’s common name reputedly derives from the Temple of Jupiter Ammon in Libya, in an area where it was commonly collected.

Used in both Western and Indian medicine, ammoniacum is still listed in the British Pharmacopoeia as an antispasmodic and as an expectorant that stimulates the coughing up of thick mucus. It is a specific treatment for chronic bronchitis, asthma, and persistent coughs. Ammoniacum is also occasionally used to induce sweating or menstruation.