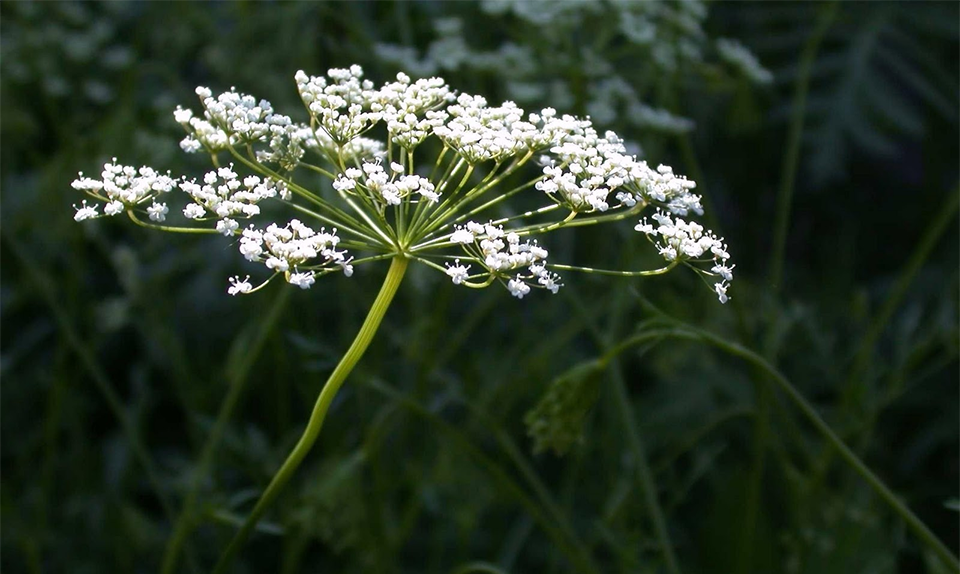 Anise is native to the eastern Mediterranean, western Asia, and North Africa. It is widely cultivated for its seeds, which are used for medicinal purposes and as a flavoring in cooking.

Anise contains a volatile oil (comprising 70–90% anethole, together with methylchavicol and other terpenes), furanocoumarins, flavonoids, fatty acids, phenylpropanoids, sterols, and proteins. Anethole has an observed estrogenic effect, and the seeds as a whole are mildly estrogenic. This effect may substantiate the herb’s use as a stimulant of sexual drive and of breast-milk production.

After examining the records of Cyprus hospital monastery, historians discovered that anise was used to treat plague and cholera during the Ottoman Period (1571–1878 CE).

Anise seeds are known for their ability to reduce gas and bloating, and to settle digestion. They are commonly given to infants and children to relieve colic, and to people of all ages to ease nausea and indigestion. Anise seeds’ antispasmodic properties make them helpful in countering period pain, asthma, whooping cough, and bronchitis.

The seeds’ expectorant action justifies their use for these respiratory ailments. Anise seeds are thought to increase breast-milk production and may be beneficial in treating impotence and frigidity. Anise essential oil is used for similar complaints, and is also used externally to treat lice and scabies.

Anise essential oil has been shown to have significant anti-fungal activity, including against Candida albicans.