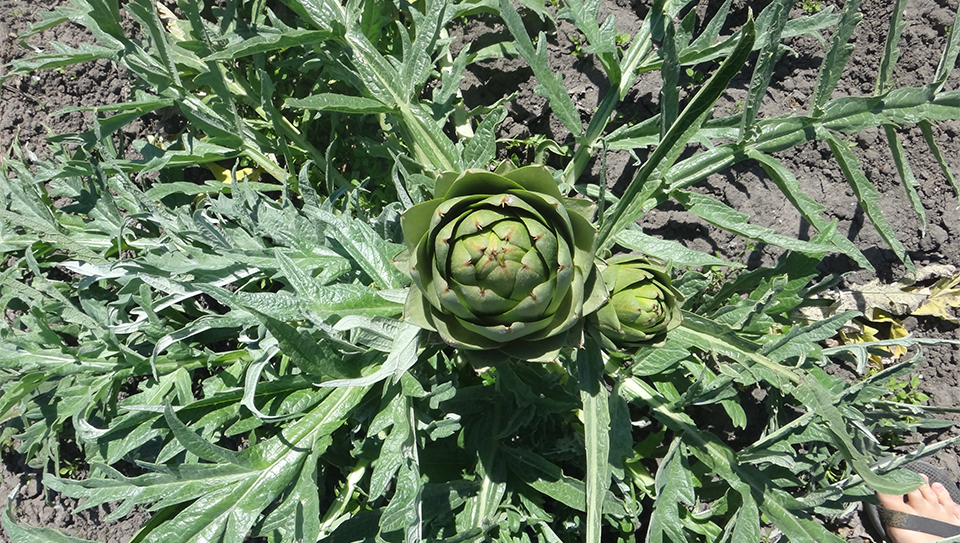 Native to the Mediterranean region, artichoke thrives in rich loam in warm temperate climates. Commercially grown plants are renewed after 4 years. The unopened flower heads and leaves are picked in early summer.

All parts of the plant contain the sesquiterpene lactone cynaropicrin (which is strongly bitter) and much inulin. The leaves also contain cynarin, which has liver-protective properties.

Artichokes were greatly valued by the ancient Greeks and Romans. Dioscorides (1st century CE) recommended applying the mashed roots to the armpit or elsewhere on the body to sweeten offensive odors.

Artichoke is a valuable medicinal plant. Like milk thistle (Silybum marianus), it benefits the liver, protecting against toxins and infection. Though the leaves are particularly effective, all parts of the plant are bitter and stimulate digestive secretions, especially bile. This makes artichoke useful for the treatment of gallbladder problems, nausea, indigestion, and abdominal distension, with the added benefit that it lowers blood cholesterol levels.

A home recipe from the Mediterranean region uses fresh artichoke leaf juice mixed with wine or water as a liver tonic. Artichoke is also taken during the early stages of type 2 diabetes. It is a good food for diabetics, as it significantly lowers blood sugar. It is also a useful diuretic, and in France it has been used to treat rheumatic conditions.

Research with laboratory animals in the late 1990s has shown that artichoke has a powerful positive effect on the liver. Artichoke extracts, and cynaroside in particular, appear to reduce cholesterol synthesis in the liver, while leaf extracts are strongly antioxidant and liver protective.