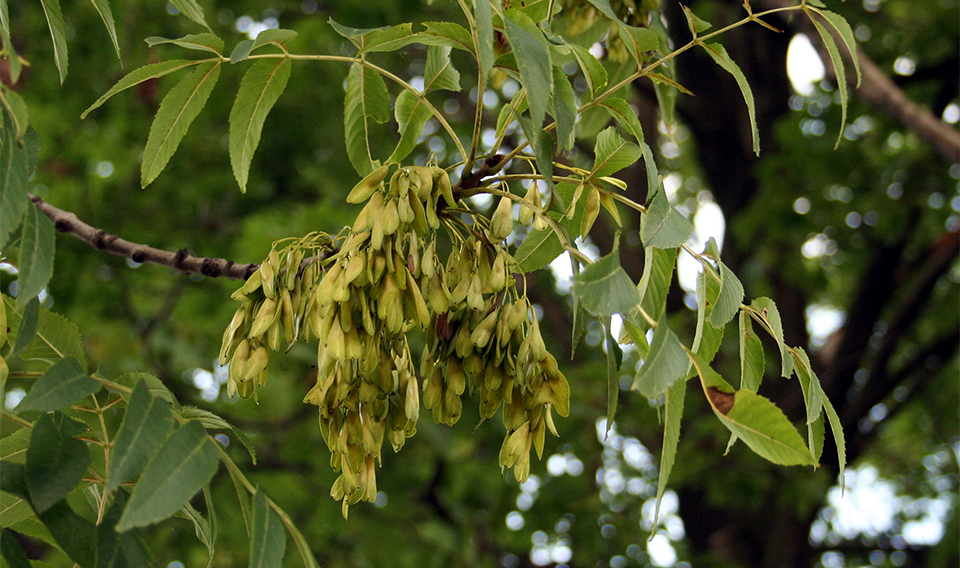 Common in Europe, ash thrives in lowland and moorland. The leaves are gathered in summer, but the bark is gathered in spring.

The ash was the “worldtree” of Norse mythology, its roots spreading to the domain of the gods, and its branches extending to the remotest corners of the universe. In Norse myth, the first man was carved from a piece of ash wood. In parts of Europe, ash bark was used as a cost-free substitute for quinine in the home treatment of malaria. Such use probably continued in rural areas into the 20th century.

Ash bark is tonic and astringent. Little used in herbal medicine today, it is occasionally taken for fever. The leaves are also astringent, and they have a laxative and diuretic effect. They have been used as a mild substitute for senna (Cassia senna).

The bark of the American white ash (F. americana) has been used as a bitter tonic and astringent. Several ash species exude a nutritious sap, called “manna,” which is used as a laxative for children. In particular, the manna ash (F. ornus), which has antioxidant activity, has been cultivated in southern Europe for its high yield of manna sap.