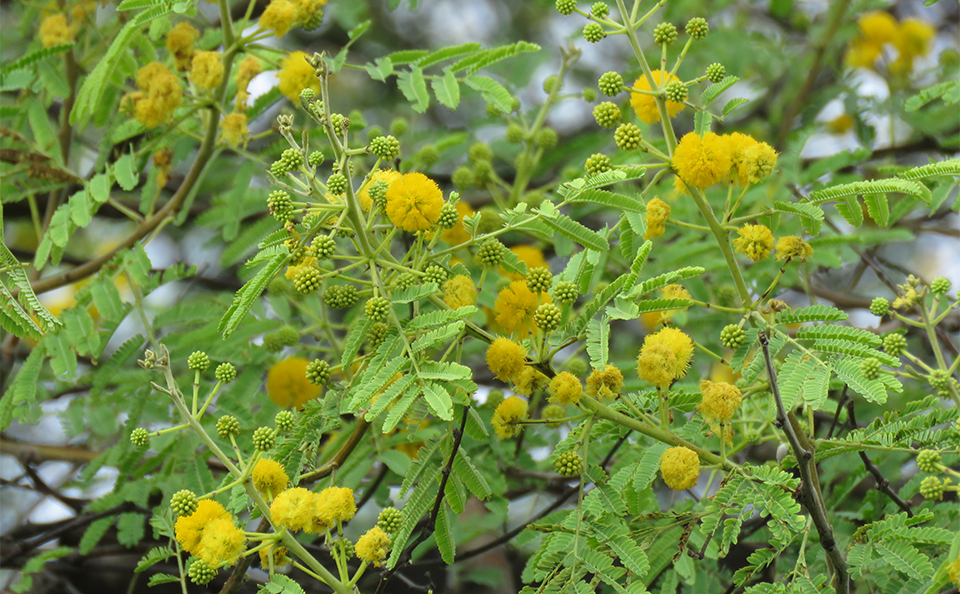 Babul is native to North Africa. Today it is commonly found in Egypt and is cultivated in India.

In ancient Egypt, the wood of the babul tree was used to make dwellings, wheels, and tool handles. The leaves, flowers, and pods were used to expel worms, heal wounds, alleviate diarrhea, and suppress the coughing up of blood.

Strongly astringent, babul is used to contract and toughen mucous membranes throughout the body in much the same way as witch hazel (Hamamelis virginiana) or oak bark (Quercus robur). Babul may be made into a variety of preparations: for instance, a lotion for treating bleeding gums, a gargle for easing the irritation of sore throats, a wash for eczema, an eyewash for conjunctivitis and other eye problems, and a douche for excessive vaginal discharge. It is also taken internally to treat diarrhea.

Research published in 1993 concluded that babul may be clinically effective in periodontal infections. Another study indicates that the gum stimulates insulin release from the pancreas and lowers blood-sugar levels.

Australian wattle (A. decurrens), native to Australia, is used in much the same way as babul. See also black catechu (A. catechu).

Do not take babul internally for more than 2–3 weeks. Acacia species are subject to legal restrictions in some countries.