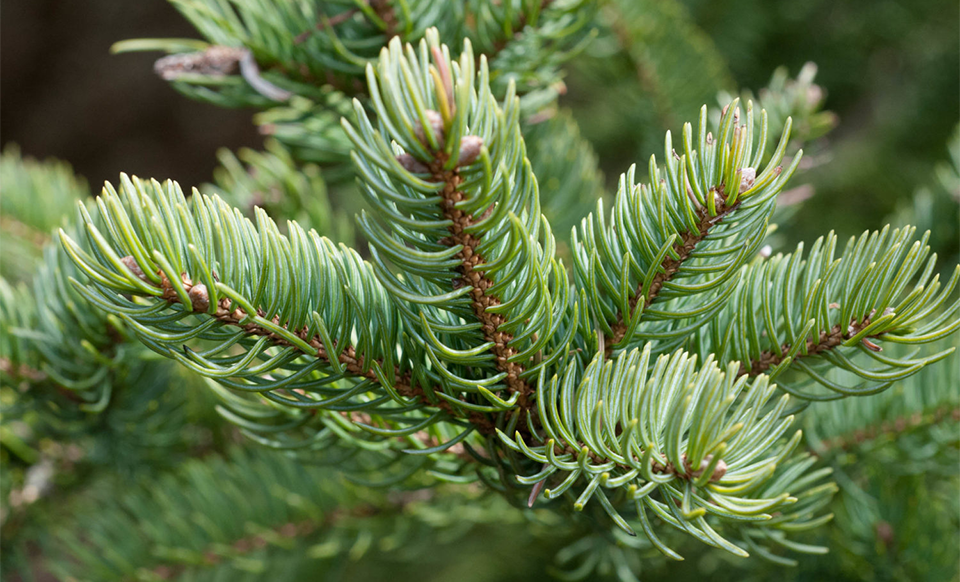 Native to North America, balsam fir is commercially grown for its timber. The resin is tapped from 60- to 80-year-old trees in spring.

Balsam fir resin, often known as Canada balsam, was used for many illnesses by both Native Americans and settlers. The Penobscot smeared the resin on burns, cuts, and sores, while others applied it to the chest and back for colds and chest problems. The Pillagers used the aromatic needles in their sweat lodges, inhaling smoke from the burning leaves. Dr. Wooster Beech (1794–1868), founder of the Eclectic healing movement, regarded balsam fir as stimulating and laxative when taken internally, and emollient and cooling when used externally. Balsam fir leaves, cones, and resin are commonly added to potpourri.

Balsam fir is antiseptic and stimulant, and has been used in North America and Europe for congestion, chest infections such as bronchitis, and urinary tract conditions such as cystitis and frequent urination. Externally, balsam fir was rubbed on the chest or applied as a plaster for respiratory infections. It is not used much in herbal medicine today.