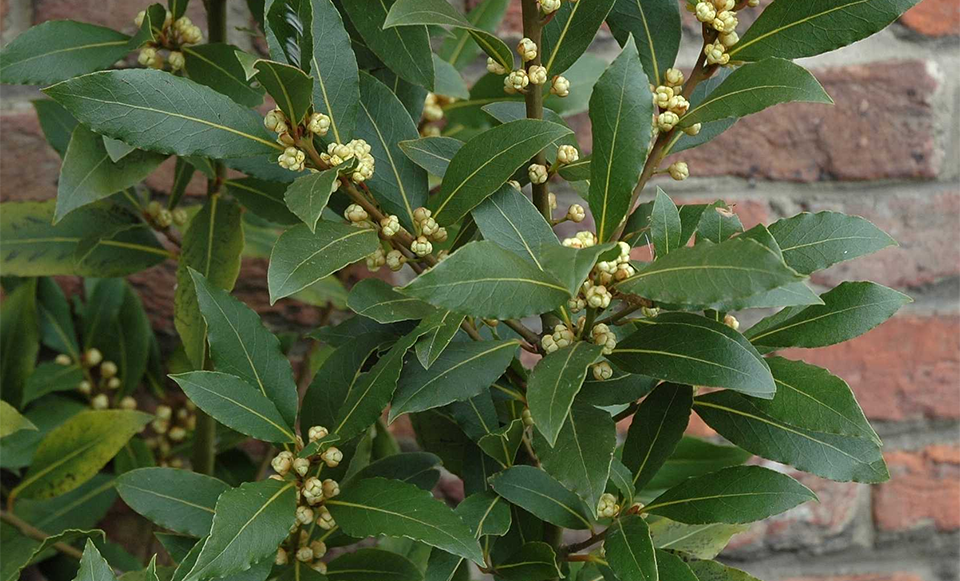 Native to Mediterranean countries, bay laurel prefers damp and shady sites. It is also a popular garden herb, cultivated largely for culinary use. The leaves are picked year round.

In ancient Greece, bay laurel was used in divination by the Delphic Oracle. From ancient Rome comes the tradition that the sudden withering of a bay laurel tree bodes disaster for the household. In ancient Rome, bay laurel leaves were used as a medicine, a spice, and a decorative garland during the December festival of Saturnalia.

Bay laurel was sacred to the gods Apollo and Asclepius, who together oversaw healing and medicine. The herb was thought to be greatly protective and healing. An infusion of the leaves was taken for its warming and tonic effect on the stomach and bladder, and a plaster made from the leaves was used to relieve wasp and bee stings.

Bay laurel is used mainly to treat upper digestive tract disorders and to ease arthritic aches and pains. It is settling to the stomach and has a tonic effect, stimulating the appetite and the secretion of digestive juices. When used as an ingredient in cooking, bay laurel leaves promote the digestion and absorption of food.

The leaves have much the same kind of positive effect as spearmint (Mentha spicata) and rosemary (Rosmarinus officinalis) in assisting the breakdown of heavy food, especially meat. Bay laurel has also been used to promote the onset of menstrual periods. The essential oil is chiefly employed as a friction rub, being well diluted in a carrier oil and massaged into aching muscles and joints. A decoction of the leaves may be added to a bath to ease aching limbs.

Never take bay laurel essential oil internally. An allergic reaction may result from external use, therefore the oil should only be applied in very dilute (2%) concentrations.