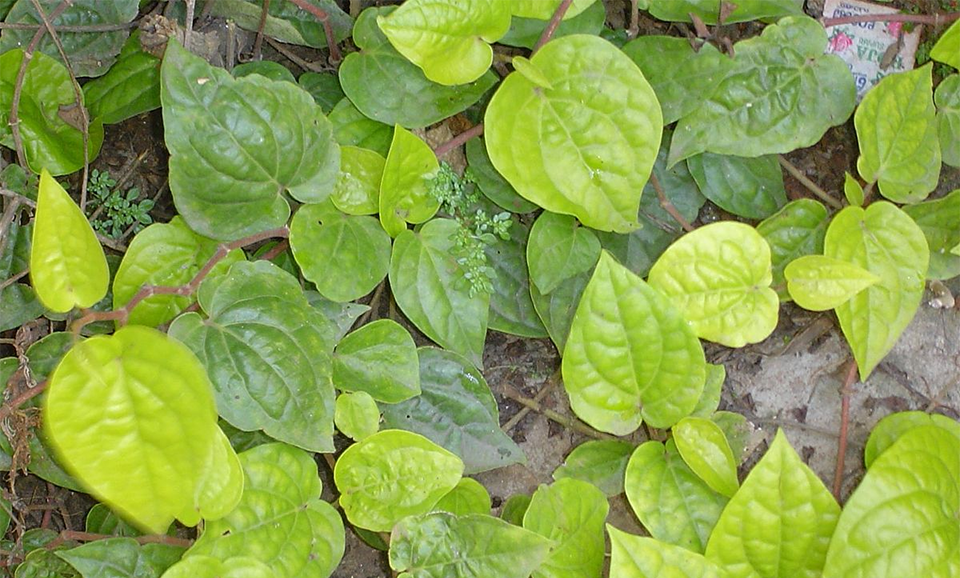 Betel is native to Malaysia and southern India. It is widely cultivated in much of southern Asia, East Africa and Madagascar, and the Caribbean. The leaves are gathered throughout the year and dried for extracts or to use whole.

Betel leaves, wrapped around areca nut (Areca catechu) and lime (Citrus aurantiifolia), are known to have been chewed in India and Southeast Asia for several thousand years. Betel leaves are described in the Mahavasama, the most ancient Sri Lankan text.

Chewing quickly produces a red-stained saliva and does not, despite what is commonly thought, lead to blackened teeth. However, long-term use of betel leaves and areca nut is considered to increase the incidence of cancer of the mouth and tongue. Ironically, the habit of chewing betel leaves is now giving way in many regions to cigarette smoking.

Betel leaves are chiefly used as a gentle stimulant, since they apparently induce a mild sensation of well-being. They also affect the digestive system, stimulating salivary secretions, relieving flatulence, and preventing worm infestation.

In many Asian traditions, including Ayurvedic medicine, betel leaves are thought to have aphrodisiac and nerve tonic properties. In Chinese herbal medicine, betel root, leaves, and fruit are sometimes used as a mild tonic and stomach-settling herb. The root has been used with black pepper (P. nigrum) or jequirity (Abrus precatorius) to produce sterility in women.

The observed increase in the occurrence of oral cancers in regular users makes it unwise to chew betel.