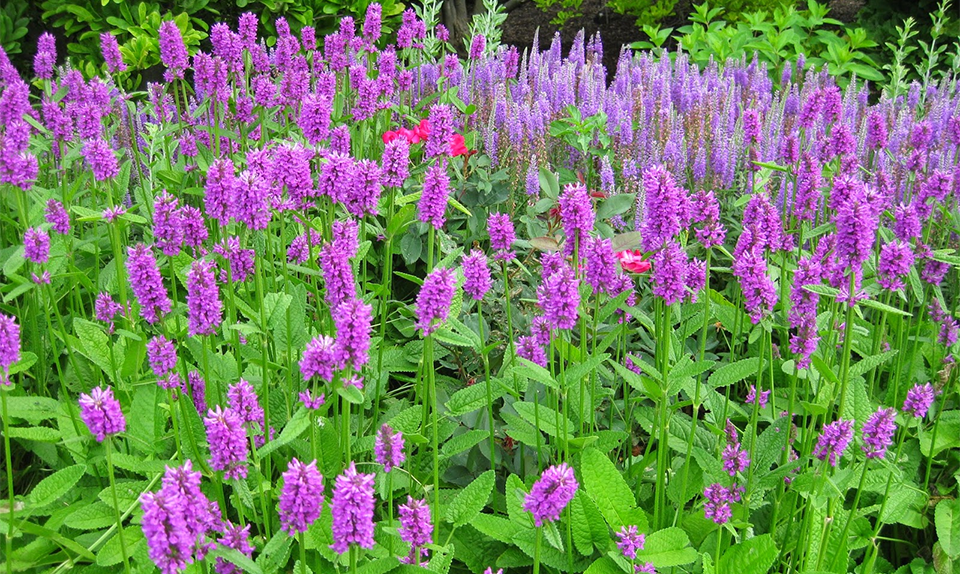 Mat-forming perennial growing to a height of 2 ft (60 cm). Has toothed elliptical leaves and spikes of pink or white flowers.

Betony grows throughout most of Europe, and occurs in Asia as far east as the Caucasus, where it is found in meadows, heathland, and hilly areas. The aerial parts are collected when the plant is in flower during early summer.

Betony contains alkaloids (including stachydrine and betonicine), as well as phenolic compounds, betaine, choline, and tannins.

Betony has been regarded as a panacea since classical times, even attributed with the ability to ward off evil spirits. Antonius Musa, physician to Emperor Augustus (63 BCE–14 CE), claimed that betony would cure 47 different illnesses. The herb has always been particularly valued as a remedy for headaches.

No longer regarded as a panacea, betony nevertheless has real value as a remedy for headaches and facial pain. The plant is also mildly sedative, relieving nervous stress and tension. In British herbal medicine, betony is thought to improve nervous function and to counter overactivity. It is taken to treat “frayed nerves,” premenstrual complaints, poor memory, and tension.

The plant has astringent properties, and in combination with other herbs, such as comfrey (Symphytum officinale) and linden flowers (Tilia species), it is effective against sinus headaches and congestion. Betony may be taken alone or with yarrow (Achillea millefolium) to help staunch nosebleeds. Betony is also mildly bitter. It stimulates the digestive system and the liver, and has an overall tonic effect on the body.

Do not take betony if you are pregnant.