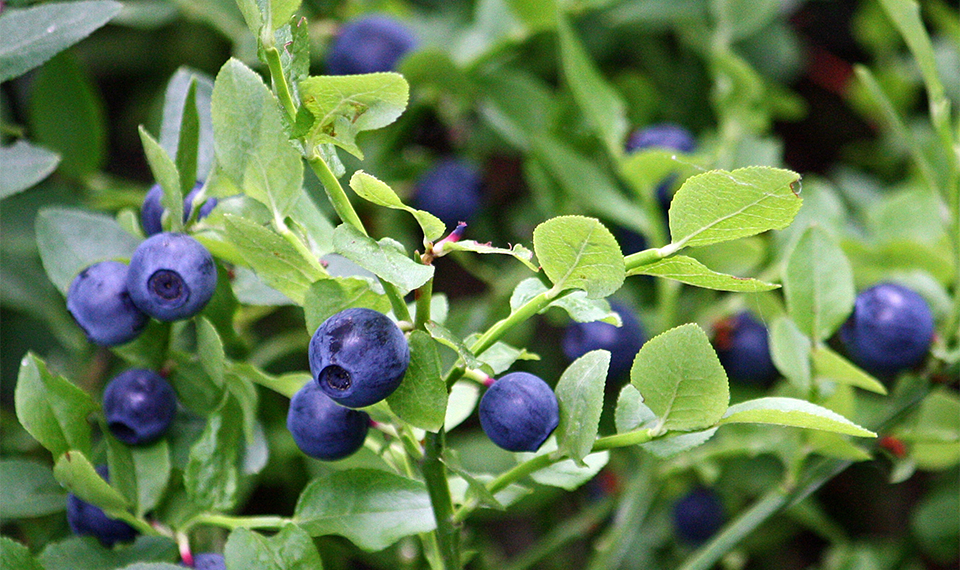 Bilberry fruit first came to attention in the World War II (1939–45) when pilots found that their night vision improved on eating bilberry jam. Since then research has shown that bilberries help the eyes to adjust to the dark, and stimulate the part of the retina most involved in seeing clearly, especially in dim or dark conditions. There is also the suggestion that bilberry fruit helps to correct nearsightedness.

Bilberry thrives in moist undergrowth on moors, hillsides, and heathland, throughout temperate regions of the northern hemisphere—Asia, Europe, and North America. Widely cultivated around the world, bilberry is propagated from seed in autumn, or from cuttings. The leaves are collected in summer, the fruit when ripe in late summer or early autumn.

Other members of the Ericaceae, such as bearberry (Arctostaphyllos uva-ursi), cowberry (V. vitisidaea), and cranberry (V. macrocarpon) are used principally as urinary antiseptics.

Circulation: Clinical trials from 1964 onward have shown that bilberry fruits protect peripheral circulation and capillaries. Symptoms that have been shown to improve with bilberry extracts include fluid retention, pain, pins and needles (paresthesia), and cramps—all resulting from impaired peripheral blood flow.

Eyesight: Different trials have also shown improvement to eyesight in the nearsighted, in those with retinal damage due to diabetes, and to high blood pressure in patients taking bilberry extracts, betacarotene, and retinol. Other conditions such as period pain and recovery from hemorrhoid operations may improve with bilberry.

Digestive problems: Bilberry fruit has long been used as a mild laxative (because of its sugars), and to relieve diarrhea (due to the tannins). It is also moderately antibacterial and, since it tastes pleasant, is useful for treating diarrhea and indigestion in children.

Antioxidant: The fruit is used to protect against tissue damage (it may prevent cataract formation) and to promote tissue healing, for example in the gastrointestinal tract or in rheumatoid or osteoarthritis.

Antiseptic: The leaves have a marked antiseptic effect within the bladder and urinary tubules, and can be used to treat urinary infections such as cystitis.

Anti-diabetic: The leaves and fruit have anti-diabetic activity, helping especially in pre-diabetic states. There is growing evidence that the fruit can help to promote weight loss.