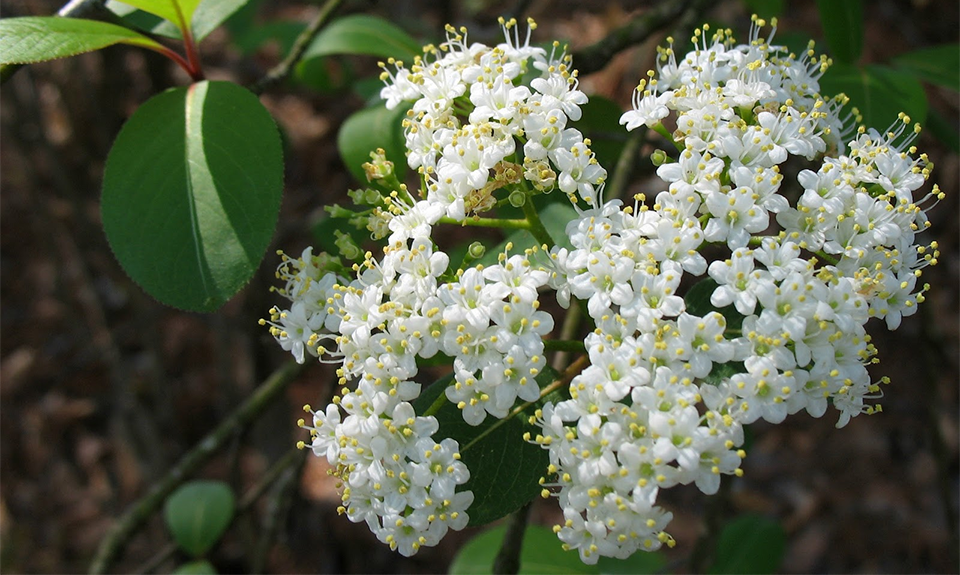 Native to central and southern North America, black haw grows in woodland. The branch bark is stripped in the spring or autumn, the root bark in the autumn only.

The Catawba people used black haw bark to treat dysentery. In the 19th century, the bark was considered to be a uterine tonic, and a decoction was commonly used to help arrest hemorrhage of the uterus.

Black haw is antispasmodic and astringent, and is regarded as a specific treatment for menstrual pain. Echoing its 19th-century applications, the bark is also used to treat other gynecological conditions, such as prolapse of the uterus, heavy menopausal bleeding, morning sickness, and threatened miscarriage. Black haw’s antispasmodic property makes it of value in cases where colic or other cramping pain affects the bile ducts, the digestive tract, or the urinary tract.

People who are allergic to aspirin should not take black haw.