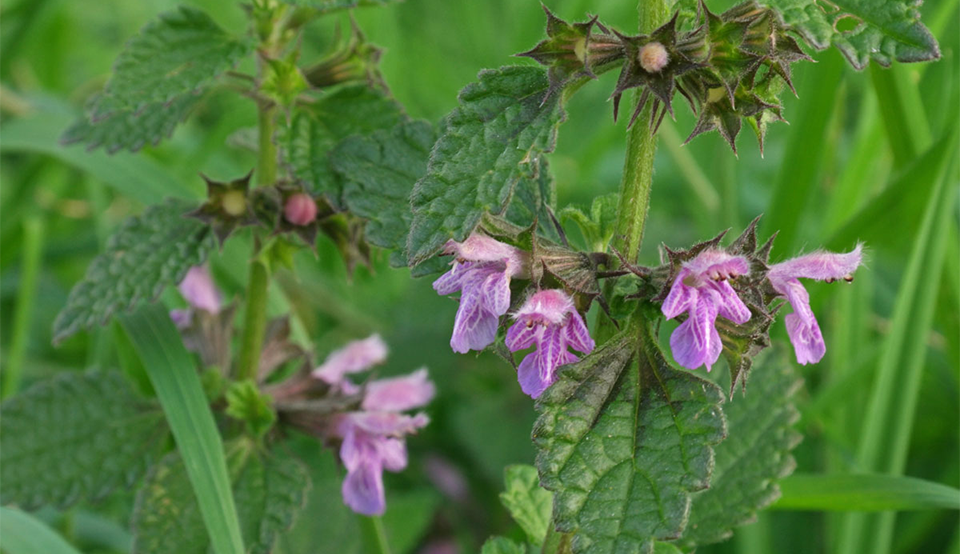 Straggling perennial growing to 3 ft (1 m). Has oval, toothed leaves and pink-purple flowers in whorls at the base of the upper leaves.

This herb is found throughout much of Europe, in North America, and in Asia. It thrives in open areas, in pavement cracks, and by roadsides, mostly near human habitation. It is harvested when in flower in summer.

The Greek physician Dioscorides, writing in the 1st century CE, recommends a plaster of black horehound leaves and salt for dog bites. He also advocates a balm, made from the dried leaves and honey, to purify infected wounds and ulcers.

Though long considered a remedy for convulsions, low spirits, and menopausal problems, black horehound is rarely used today. Authorities differ over whether there is any substance to claims for its earlier applications.

The herb is currently used by Anglo-American herbalists as an antiemetic—preventing or reducing nausea or vomiting. It is perhaps most useful when nausea arises from disorders of the inner ear (such as Ménière’s disease) as opposed to those of the digestive system. Black horehound is thought to be mildly sedative and antispasmodic, and is occasionally taken for arthritis and gout.