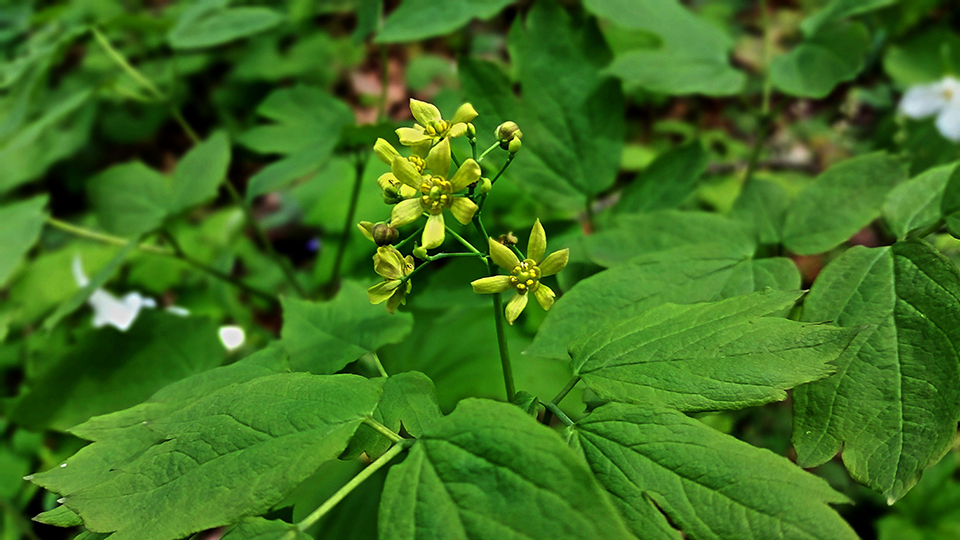 Blue Cohosh grows wild in much of eastern North America from Manitoba to Alabama, preferring woodland valleys and damp, north-facing slopes. It is mainly wild harvested but is also cultivated commercially.

The root and rhizome are harvested in the autumn.

Cohosh” is an Algonquin name, and blue cohosh was a popular herb with many Native American tribes. Though it was taken by both sexes to treat genitourinary problems, it was primarily considered a women’s herb.

Current medicinal uses of blue cohosh are not that different from the past—the root is still valued as a women’s remedy. It is often prescribed as a uterine tonic, bringing relief from uterine and ovarian pain, while regulating to improve menstrual blood flow. The herb also has anti-inflammatory activity and may be used in treatments for arthritic and rheumatic conditions.

Only take under professional supervision. Do not take during pregnancy or while breastfeeding. The plant can cause contact dermatitis.