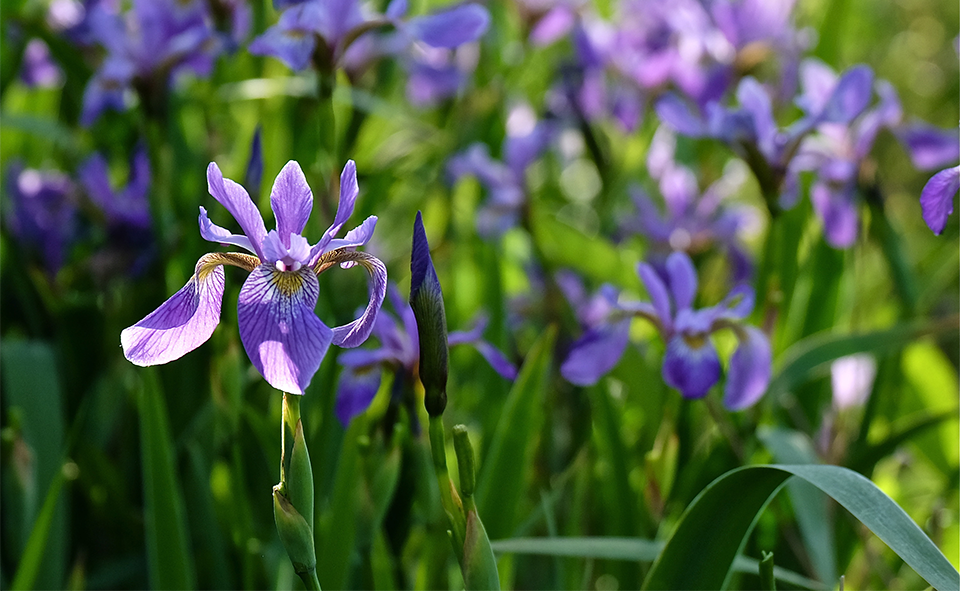 Perennial growing to about 3 ft (1 m). Has erect stems and long sword-shaped leaves. Each stem bears 3–5 resplendent blue to violet flowers with white-veined areas on the petals.

Blue flag is native to North America. Preferring damp and marshy areas in the wild, it is also widely cultivated as a garden plant. The rhizome is unearthed in autumn.

Blue flag was one of the medicinal plants most frequently used by Native Americans. Different tribes made use of it variously as an emetic, cathartic, and diuretic, to treat wounds, and for colds, earache, and cholera. In the Anglo-American Physiomedicalist tradition, blue flag was used as a glandular and liver remedy. Blue flag is Quebec’s provincial flower.

Blue flag is currently used mainly to detoxify the body. It increases urination and bile production, and has a mild laxative effect. This combination of cleansing actions makes it a useful herb for chronic skin diseases such as acne and eczema, especially where gallbladder problems or constipation contribute to the condition. Blue flag is also given for biliousness and indigestion. However, in large doses blue flag will itself cause vomiting. The traditional use of blue flag for gland problems persists. It is also believed by some to aid weight loss.

Excessive doses cause vomiting. Do not take this plant during pregnancy.