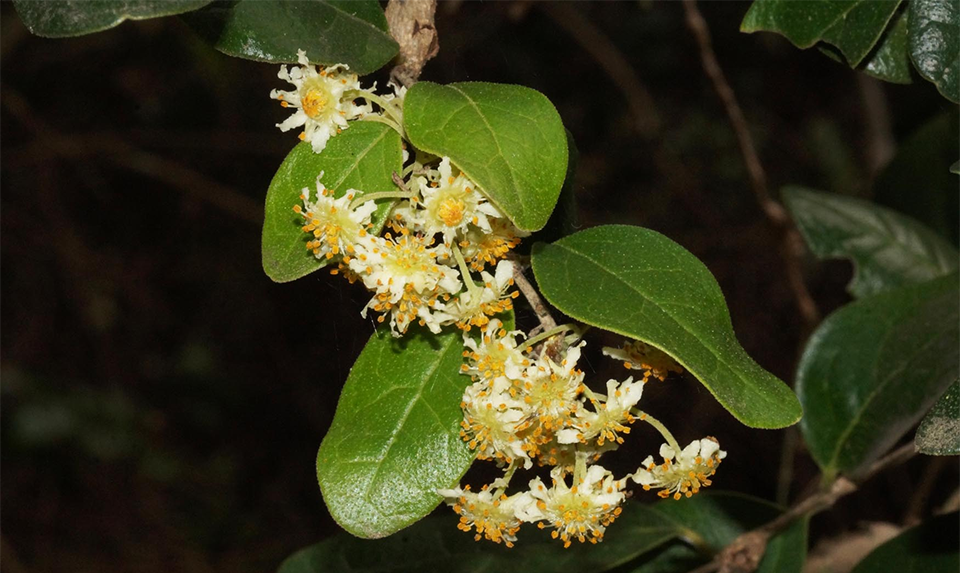 Boldo is native to Chile and Peru, and has become naturalized in the Mediterranean region and the West Coast of North America. It grows on dry sunny slopes and in mountain pastures in the Andes, where it is widely cultivated. The leaves are gathered throughout the year.

Boldo contains 0.7% isoquinoline alkaloids (including boldine), as well as a volatile oil and flavonoids.

Boldo is a valued remedy in Latin American herbal medicine and is used by the Araucanian people in Chile as a tonic.

Boldo stimulates liver activity and bile flow and is chiefly valued as a remedy for gallstones and liver or gallbladder pain. It is normally taken for a few weeks at a time, either as a tincture or infusion. Boldo is also a mild urinary antiseptic and demulcent and may be taken for infections such as cystitis.

Do not take during pregnancy. This herb is subject to legal restrictions in some countries.