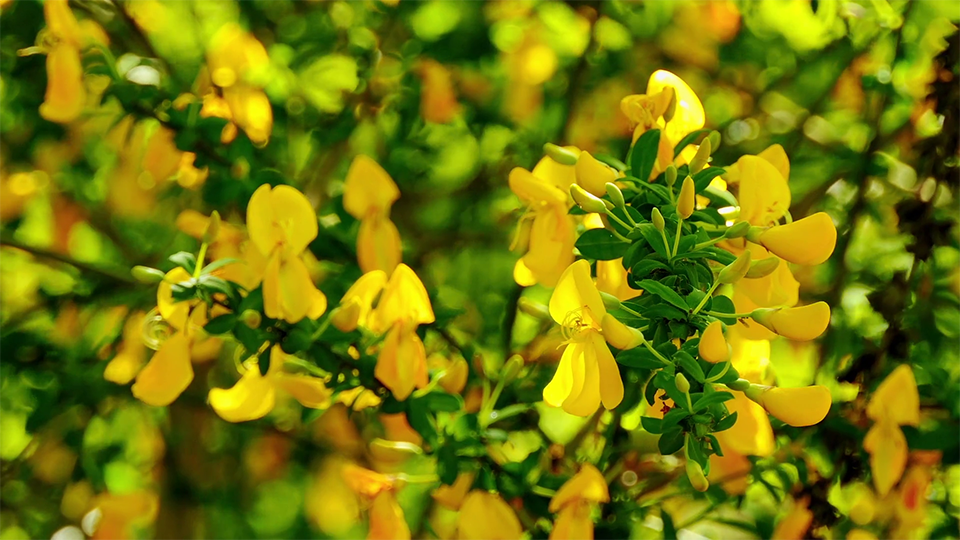 Native to Europe, broom is commonly found on heaths and verges, and in open woodland. It is naturalized in many temperate regions, including in the U.S. The flowering tops are picked from spring to autumn.

Broom contains quinolizidine alkaloids (particularly sparteine and lupanine), phenethylamines (including tyramine), isoflavones (such as genistein), flavonoids, a volatile oil, caffeic and p-coumaric acids, tannins, and pigments. Sparteine reduces the heart rate and the isoflavones are estrogenic.

Both the common and species names of this plant indicate its usefulness as a sweeper (“scopa” means “broom” in Latin). Broom’s medicinal value is not mentioned in classical writings, but it does appear in medieval herbals. The 12th-century Welsh Physicians of Myddfai recommend broom as a means to treat suppressed urine: “seek broom seed, and grind into fine powder, mix with drink and let it be drank. Do this till you are quite well.” Broom tops have been pickled and used as a condiment similar to capers (Capparis spinosa).

Broom is used mainly as a remedy for an irregular, fast heartbeat. The plant acts on the electrical conductivity of the heart, slowing and regulating the transmission of the impulses. Broom is also strongly diuretic, stimulating urine production and thus countering fluid retention. Since broom causes the muscles of the uterus to contract, it has been used to prevent blood loss after childbirth.

Take broom internally only under professional supervision. Do not take during pregnancy, or if suffering from high blood pressure. The plant is subject to legal restrictions in some countries.