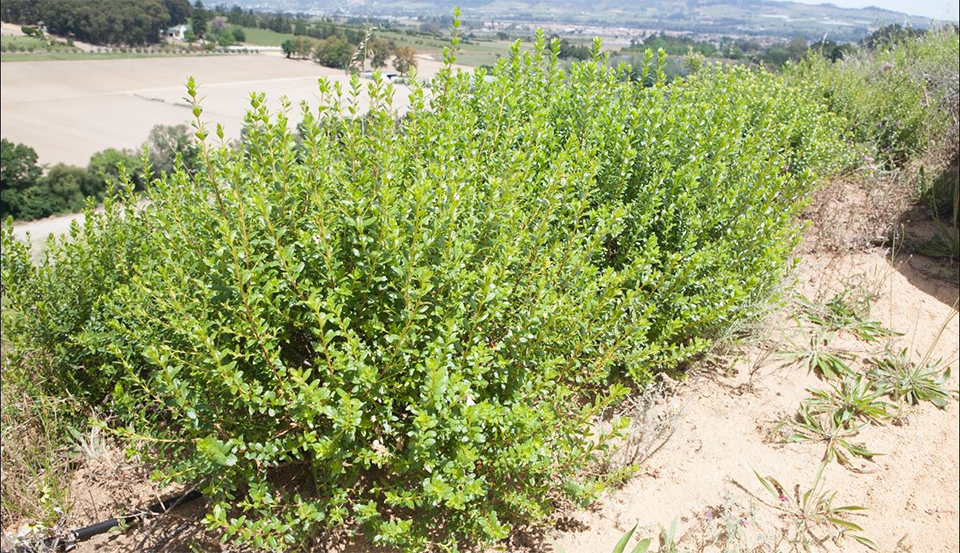 A traditional South African remedy, buchu is taken as a stimulant, a diuretic, and to relieve digestive complaints. In Western herbal medicine, it is valued as a urinary antiseptic and diuretic, and is used specifically to treat cystitis and other infections of the urinary tract. Buchu has a strongly distinctive aroma and taste, reminiscent of black currant but described by some as a mixture between rosemary and peppermint.

Buchu is native to South Africa, where is it widely cultivated on hillsides. It is also grown in parts of South America. The herb is grown from cuttings in late summer and requires well-drained soil and plenty of sun. The leaves are harvested when the plant is flowering or fruiting in summer.

Two closely related species, B. crenulata and B. serratifolia, are used in a similar way to buchu, but contain less volatile oil and are not so effective.

Traditional remedy: Buchu is a traditional remedy of the Khoisan people of South Africa. It is used as a general stimulant and a diuretic. Strongly aromatic, it is taken as a carminative, helping to relieve gas and bloating.

Early Western uses: The herb was first exported to Britain in 1790 and became an official medicine in 1821, being listed in the British Pharmacopoeia as an effective remedy for “cystitis, urethritis, nephritis, and catarrh of the bladder.”

Modern urinary treatment: Broadly speaking, buchu is used today in Western herbal medicine for the same type of urinary complaints as in the 19th century. It is commonly prescribed for urinary tract infections, often proving effective in curing acute cystitis when combined with other herbs such as cornsilk (Zea mays) and juniper (Juniperus communis).

Taken regularly, it can help to prevent recurrent attacks of chronic cystitis or urethritis. It is also taken for prostatitis and irritable bladder, often in combination with herbs such as uva-ursi (Arctostaphylos uva-ursi) and cornsilk. The key active constituent diosphenol has a diuretic action, and may partly account for the herb’s antiseptic effect on the urinary system.

Gynecological uses: Buchu infusion or tincture is useful in treatments for cystitis and urethritis, especially when they are related to a pre-existing Candida problem, such as yeast infections. The infusion is generally preferable to the tincture, particularly when onset of infection is sudden. The infusion is also used as a douche for leukorrhea (white vaginal discharge), and occasionally for yeast infections.

The herb is a uterine stimulant and contains pulegone, which is also present in large quantities in pennyroyal (Mentha pulegium). Pulegone is an abortifacient and a powerful emmenagogue (stimulates menstrual flow). Buchu should not, therefore, be taken during pregnancy.