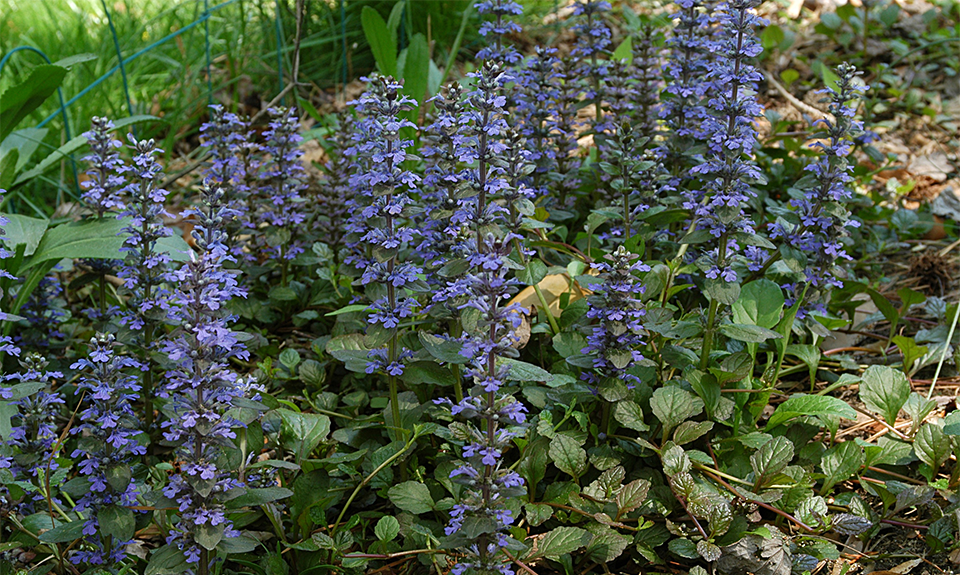 Native to Europe, North Africa, and parts of Asia, bugle has become naturalized in North America. It prefers damp woods and grassy and mountainous areas, and is usually gathered when in flower in early summer.

In the European tradition, bugle has long been valued as a wound-healing herb. Nicholas Culpeper praised it in 1652: “The decoction of the leaves and flowers made in wine and taken, dissolveth the congealed blood in those that are bruised inwardly by a fall or otherwise, and is very effectual for any inward wounds, thrusts or stabs into the body or bowels.” The herbalist Mrs. Grieve, writing in 1931, reported that it lowers the pulse rate and “equalizes the circulation.”

Bugle is bitter, astringent, and aromatic, but opinion varies as to its value as a medicine. It has mild analgesic properties, and it is still used occasionally as a wound healer. It is also mildly laxative and traditionally has been thought to help cleanse the liver.

Ground pine (A. chamaepitys) is used to treat gout and rheumatism. It is believed to have diuretic, menstruation-inducing, and stimulant properties. A. decumbens is used in Chinese medicine as an analgesic.