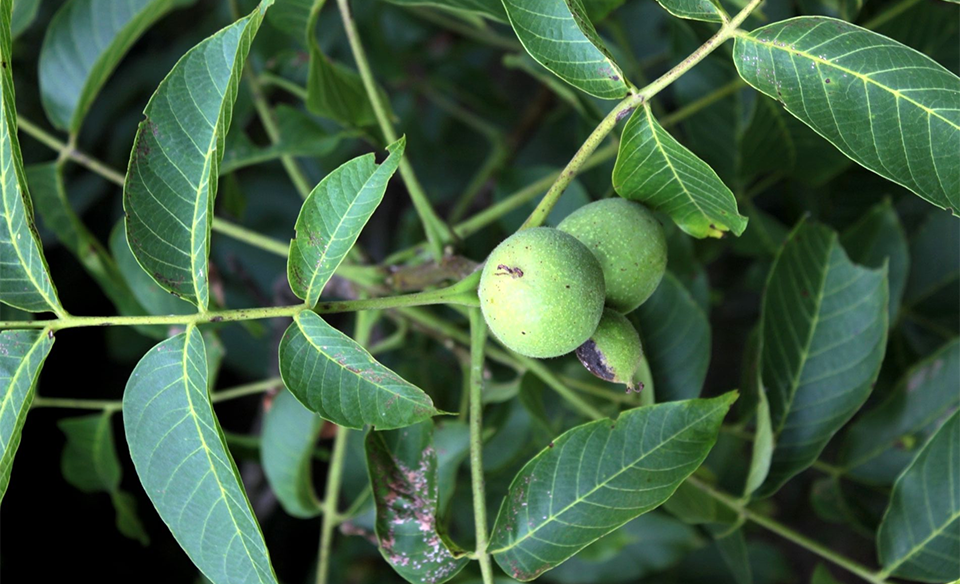 Native to North American forests, butternut is cultivated for its timber in other temperate regions. The bark is collected in autumn.

Contains naphthaquinones (including juglone, juglandin, and juglandic acid), a fixed and a volatile oil, and tannins. The naphthaquinones have an approximately similar laxative effect to the anthraquinones found in plants such as senna (Cassia senna) and Chinese rhubarb (Rheum palmatum). Juglone is purgative, antimicrobial, anti-parasitic, and cancer-inhibiting.

Butternut bark was employed by Native Americans and New World settlers as a laxative and tonic remedy. Butternut was used to treat a variety of conditions, including rheumatic and arthritic joints, headaches, dysentery, constipation, and wounds.

Used to this day as a laxative and tonic, butternut is a valuable remedy for chronic constipation, gently encouraging regular bowel movements. It is especially beneficial if combined with a carminative herb, such as ginger (Zingiber officinale) or angelica (Angelica archangelica).

Butternut also lowers cholesterol levels, and promotes the clearance of waste products by the liver. It has a positive reputation in treating intestinal worms, and, being antimicrobial and astringent, it has been prescribed as a treatment for dysentery.

Black walnut (J. nigra) is used in the same way as butternut. The bark of the walnut tree (J. regia) is used as a gentle purgative, and is also applied to skin afflictions. The nut is used in Chinese herbal medicine as a kidney tonic. The nuts of both varieties are highly nutritious, lower cholesterol levels, and contain significant quantities of alpha-linolenic acid.