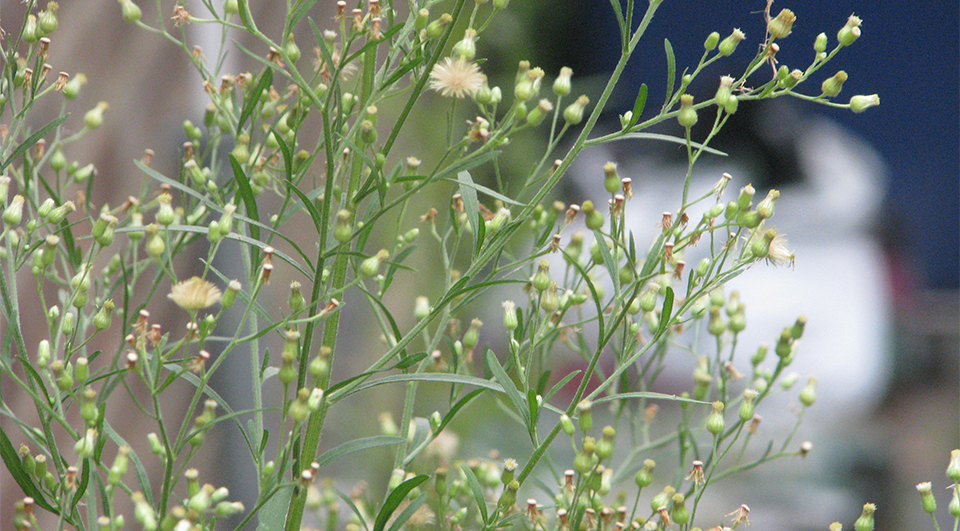 Native to North America, Canadian fleabane is now common in South America and Europe. It thrives on uncultivated and recently cleared land, often invading in large swaths. It is gathered from the wild when in flower.

In traditional North American herbal medicine, Canadian fleabane was boiled to make steam for sweat lodges, taken as a snuff to stimulate sneezing during the course of a cold, and burned to create a smoke that warded off insects–hence its common name.

An astringent herb, Canadian fleabane is taken for gastrointestinal problems such as diarrhea and dysentery. A decoction of Canadian fleabane is reportedly a very effective treatment for bleeding hemorrhoids. The herb is occasionally used as a diuretic for bladder problems, to clear toxins in rheumatic conditions, and to treat gonorrhea and other genitourinary diseases.

The Philadelphia fleabane (E. philadelphicus) was used by the Houma as a treatment for menstrual problems. E. affinis, a Mexican relative, is used to make a tooth powder and to treat toothache.