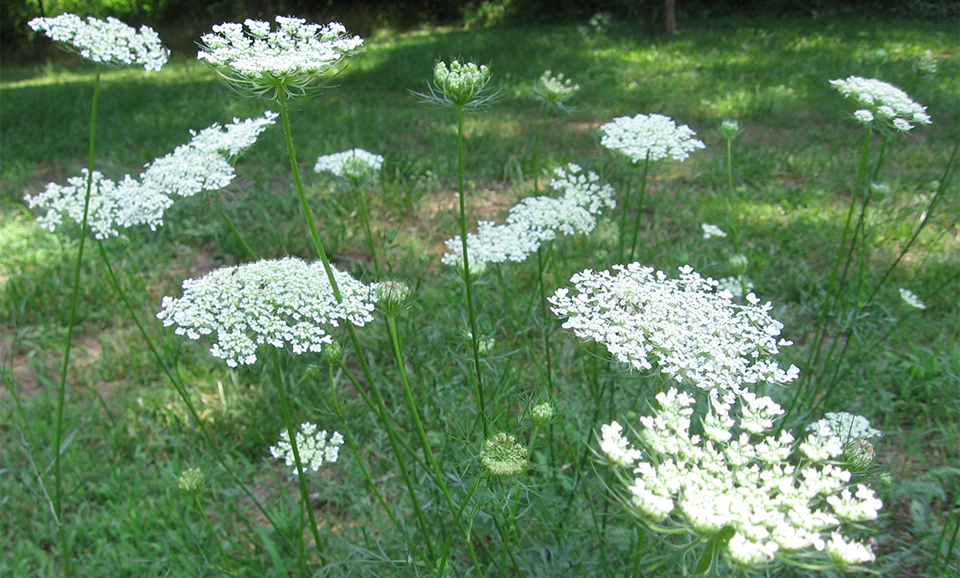 Wild carrot is native to Europe, although cultivated subspecies are now grown around the world. The root is harvested in late summer, and the seeds are gathered in late summer or early autumn.

The origins of the familiar garden carrot are a mystery—it was cultivated as a nutritious and cleansing food at least as long ago as ancient Greece and Rome. In the 1st century CE, the physician Dioscorides recommended the seeds to stimulate menstruation, to relieve urinary retention, and to “wake up the genital virtue.” The cultivated variety did not reach Britain until the 16th century, when women used its beautiful, finely divided leaves to adorn their hair.

This common vegetable is also a wonderfully cleansing medicine. It supports the liver, and stimulates urine flow and the removal of waste by the kidneys. The juice of organically grown carrots is a delicious drink and a valuable detoxifier. Carrots are rich in carotene, which is converted to vitamin A by the liver. The raw root, grated or mashed, is a safe treatment for threadworms, especially in children.

Wild carrot leaves are a good diuretic. They have been used to counter cystitis and kidney stone formation, and to diminish stones that have already formed. The seeds are also diuretic. They stimulate menstruation and have been used in folk medicine as a treatment for hangovers. Both leaves and seeds relieve flatulence and settle the digestion.

In a study published in 1995, a carrot extract was shown to protect the liver from toxicity.

Do not take carrot seeds during pregancy. Use only organic carrot juice since the root concentrates artificial fertilizers and insecticides.