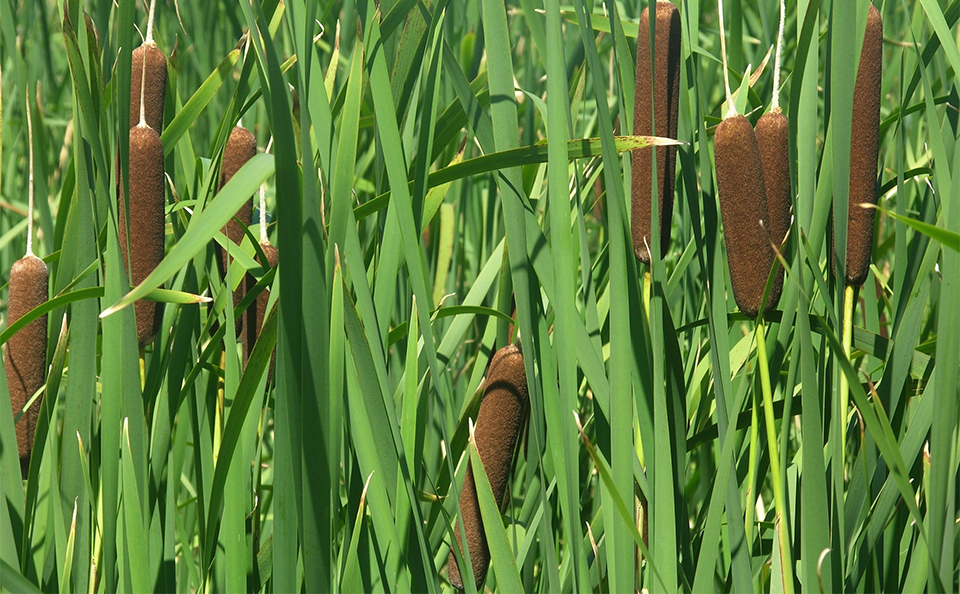 Cattail flourishes in marshes, swamps, and other freshwater sites in both temperate and tropical zones, and is cultivated. The pollen is shaken off the plant while it is in bloom.

The pollen is highly inflammable and has been used in the manufacture of fireworks. The root is edible and has been eaten in times of famine. The young shoots can be eaten raw or cooked in spring, and are said to taste like asparagus (Asparagus officinalis). Although “bulrushes” (the British and Irish name for cattails) are mentioned in the Bible, it is likely the plant being referred to is actually Cyperus papyrus.

In Chinese herbal medicine, the astringent pollen has been employed chiefly to stop internal or external bleeding. The pollen may be mixed with honey and applied to wounds and sores, or taken orally to reduce internal bleeding of almost any kind—for example, nosebleeds, uterine bleeding, or blood in the urine.

The pollen is now also used in the treatment of angina (pain in the chest or arm due to lack of oxygen to the heart muscle). In India, the dried pollen has been used for kidney stones, to treat nosebleeds and internal bleeding, as well as for painful menstruation. Cattail does not appear to have been used as a medicine in the European herbal tradition.

Chinese research suggests that cattail pollen protects blood vessels from inflammation and acts as an immunosuppressant.