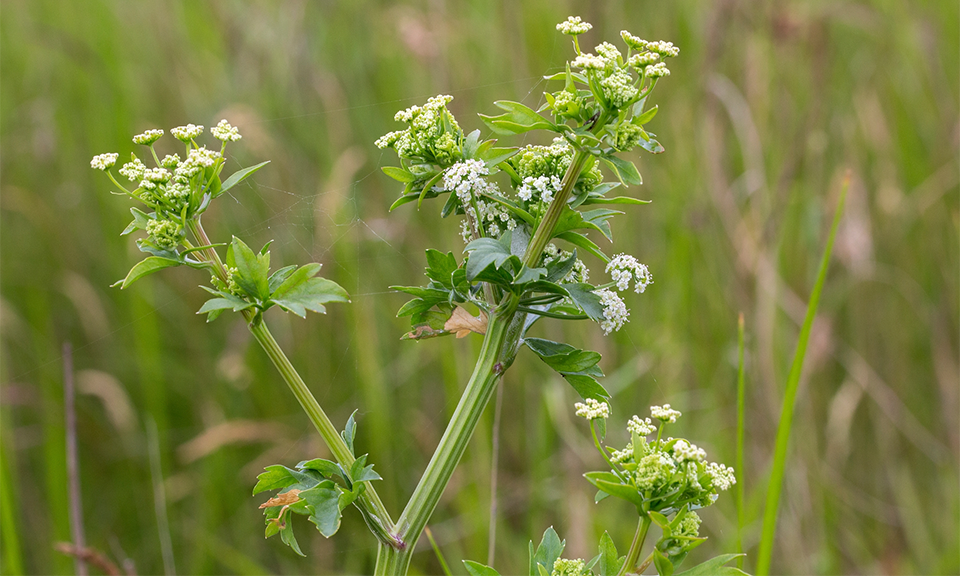 More familiar as a vegetable than as a medicine, celery stems and seeds have long been taken for urinary, rheumatic, and arthritic problems. Celery is a good cleansing, diuretic herb, and the seeds are used specifically for arthritic complaints where there is an accumulation of waste products. The seeds also have a reputation as a carminative with a mild tranquilizing effect. The stems are less significant medicinally.

Native to Britain and other European countries, celery is found growing wild along the English and Welsh coasts, and in marshlands. Widely grown as a vegetable, cultivated celery is less fragrant than the wild variety. It is propagated from seed in spring and harvested from midsummer to autumn.

Celeriac (A. graveolens var. rapaceum) is a “turnip-rooted” variety of celery. A medicinal food, it has some of the same qualities as celery.

Volatile oil: Research in the 1970s and 1980s showed that the volatile oil has a calming effect on the central nervous system.

Other research: A 1995 study in India found the seeds to have marked liver-protective activity. Extracts of the seeds may also lower blood fat levels. Iranian laboratory research from 2013 found that celery seed had a marked effect in lowering high blood pressure.

Ancient herb: Records show that celery has been cultivated for at least 3,000 years, notably in pharaonic Egypt, and it was known in China in the 5th century BCE. Throughout history, celery has been used as a food, and at various times both the whole plant and the seeds have been taken medicinally.

Cleansing properties: Today, the seeds are used for treating rheumatic conditions and gout. They help the kidneys dispose of urates and other waste products, and work to reduce acidity in the body as a whole. The seeds are useful in arthritis, helping to detoxify the body and improve the circulation of blood to the muscles and joints.

Diuretic: Celery seeds have a mildly diuretic and significantly antiseptic action. They are an effective treatment for cystitis, helping to disinfect the bladder and urinary tubules.

Nutritious drink: Celery and organic carrot juice make a nutritious, cleansing drink that is good for many chronic illnesses.

Other uses: Celery seeds are beneficial for chest problems such as asthma and bronchitis, and, in combination with other herbs, can help to reduce blood pressure.