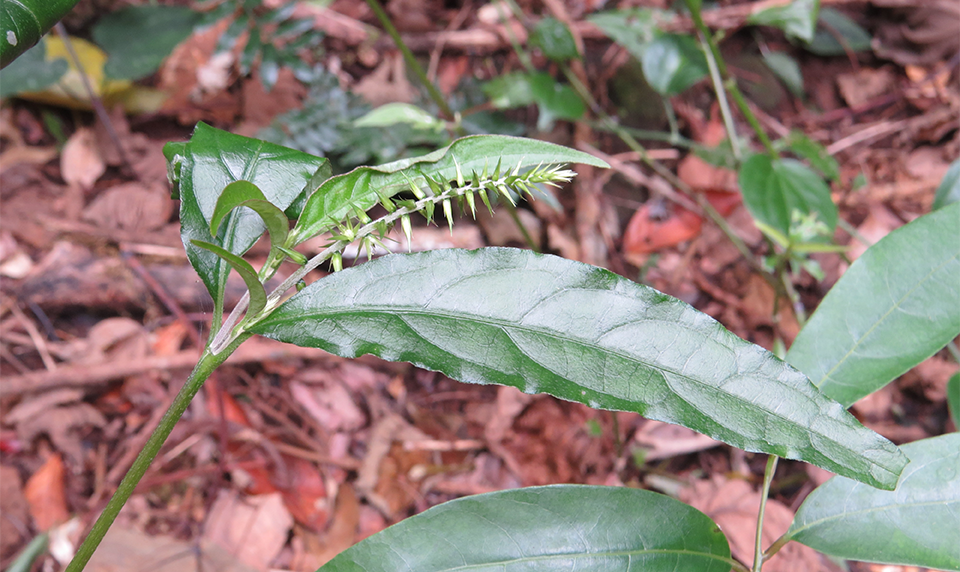 Chaff flower is found in China at the edge of forests, along streams, and amid bushes. Grown commercially in the eastern provinces, the root is unearthed in winter once the foliage has died back.

Chaff flower’s potent ability to bring on menstruation led the 13th-century Chinese gynecologist Chen Ziming to prohibit its use during pregnancy to avoid causing miscarriage.

In traditional Chinese medicine, chaff flower is believed to invigorate blood flow. It is used to stimulate menstruation when a period is delayed or scanty. The herb is also prescribed to ease period pain. Chaff flower is used to relieve pain in the lower back, especially where the discomfort is attributable to kidney stones. The herb is also taken as a treatment for canker sores, toothache, bleeding gums, and nosebleeds.

A. aspera, found in tropical areas worldwide, is used in Ayurvedic medicine to treat chest conditions and a range of digestive problems.

Do not take chaff flower during pregnancy.