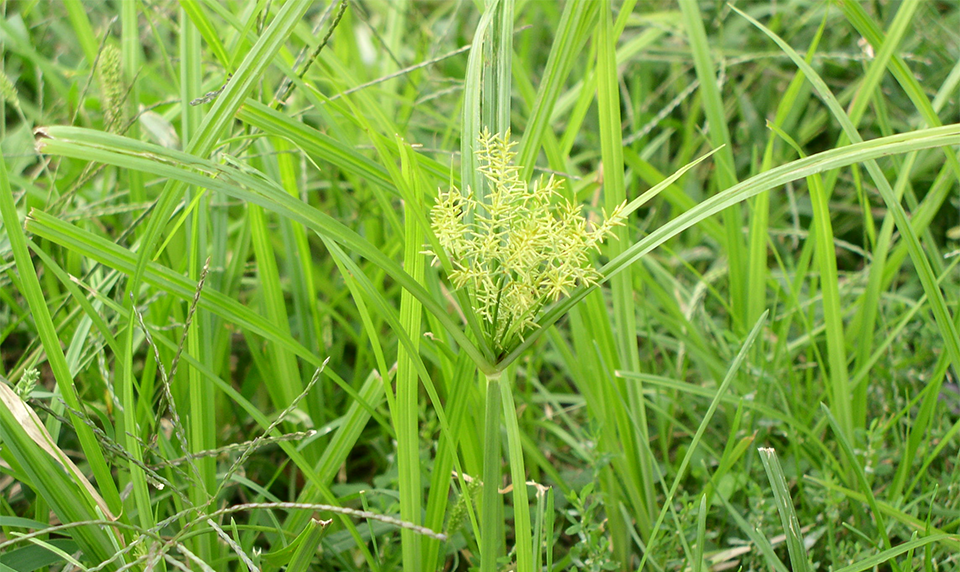 Native to the Mediterranean region, chufa was first introduced to Spain and North Africa by the Arabs. It now grows worldwide, including in India. The tubers (called “nuts”) are unearthed in winter and summer.

Chufa nuts have been found in the excavations of the earliest settlements in the Nile Valley, and since ancient times they have remained a popular food in the region. The Greek physician Dioscorides, writing in the 1st century CE, mentions their ability to comfort the stomach.

Chufa is regarded as a digestive tonic, having a heating and drying effect on the digestive system and alleviating flatulence. It also promotes urine production and menstruation. The juice is taken to heal ulcers of the mouth and gums. Ayurvedic medicine classifies the nuts as digestive, tonic, and aphrodisiac.

Many other species of Cyperus are used as foods or medicines. For example, in Chinese herbal medicine C. rotundus is used as a liver tonic, to counter indigestion and to promote menstruation. C. stolonifera, native to tropical regions of Asia and Australia, is thought to ease stomach pain and act as a heart stimulant. Perhaps the most famous Cyperus species of all is papyrus (C. papyrus). This plant provided fiber for the first writing paper, invented by the ancient Egyptians. Papyrus was also chewed like sugar cane, and used medicinally in eye compresses and to bandage wounds.