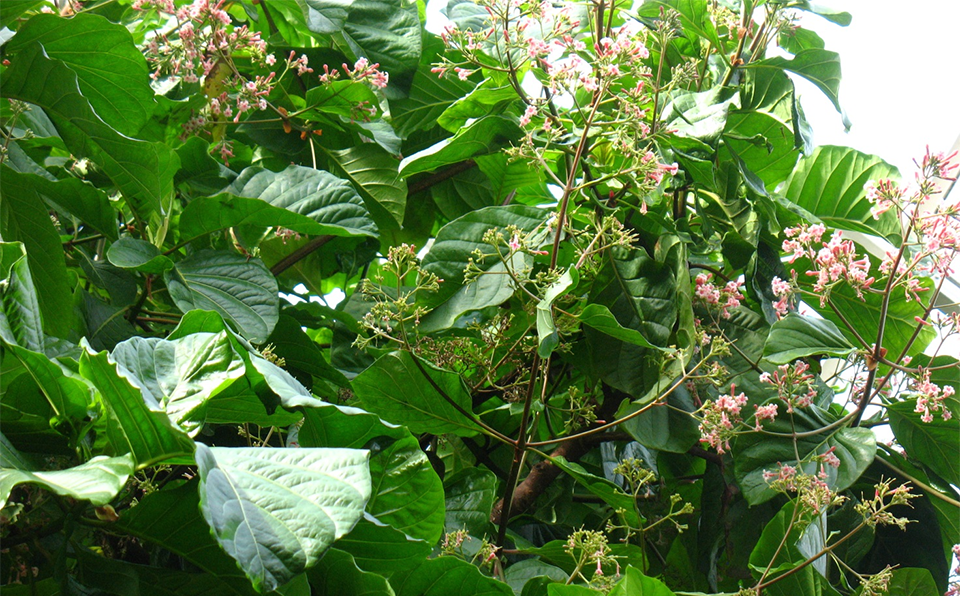 Cinchona is best known as the source of quinine, which for centuries was the most widely taken antimalarial remedy in the world. It was first documented in Peru by a Jesuit missionary in 1633. As well as being a remedy for malaria, the herb is also used for fevers and digestive problems. Various Cinchona species are used medicinally, including C. calisaya, C. ledgeriana, and C. officinalis.

Native to mountainous tropical regions of South America, especially Peru, cinchona is now also grown in India, Java, and parts of Africa and is cultivated intensively in plantations. The trees are propagated from cuttings in late spring, and the bark of the trunk, branches, and root are removed from 6- to 8-year-old trees, and then dried in the sun. The annual production of cinchona bark has been estimated at about 8,000 tons (8,200 tonnes) a year.

Pharmacology: Cinchona has been thoroughly researched and its pharmacological actions are well established.

Quinine: Quinine is both strongly antimalarial and antibacterial. Like the other alkaloids, it is antispasmodic.

Bitter: Cinchona contains bitter constituents including alkaloids and quinovin, which produce a reflex stimulation of the digestion as a whole, increasing stomach secretions.

Quinidine: Quinidine is a cardiac depressant and is known to reduce heart rate and improve irregularity of heartbeat.

Traditional remedy: The indigenous peoples of Peru have taken cinchona for many centuries, and it is still a well-used remedy for fevers, digestive problems, and infections.

Homeopathic proving: Samuel Hahnemann, the founder of homeopathy, prepared the first homeopathic medicine, or proving, from cinchona in about 1790.

Antimalarial: Cinchona, and in particular quinine, were the principal remedies for malaria until the First World War. From the 1960s, resistance of the malarial parasite to the synthetic drug chloroquine led to quinine’s use once again in preventing and treating malaria. Quinine is also used to treat other acute feverish conditions.

Gargle: Cinchona is useful as a gargle for sore, infected throats.

Indian remedy: In India, cinchona is used for various conditions, including sciatica, dysentery, and problems with kapha.