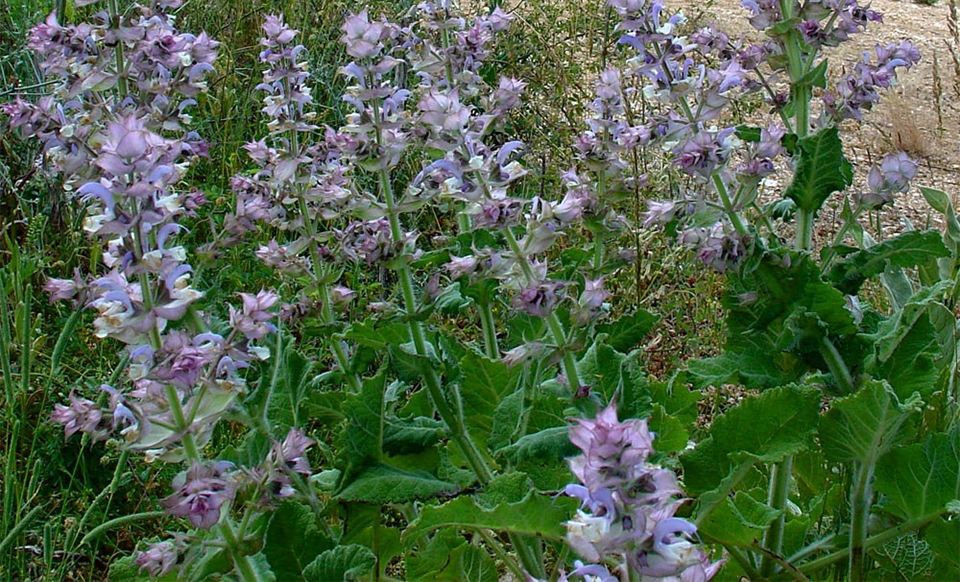 Native to southern Europe and the Middle East, clary sage is now cultivated in France and Russia for its essential oil. It prefers sunny conditions and dry soil. It is gathered in summer, usually in its second year. Parts Used Aerial parts, seeds, and the essential oil.

Clary sage has been perceived both as a weaker version of its close relative, sage (S. officinalis), and as a significant herb in its own right. Since the seeds were once commonly used to treat eye problems, clary sage was also known as “clear eye.”

An antispasmodic and aromatic plant, clary sage is used today mainly to treat digestive problems such as gas and indigestion. It is also regarded as a tonic, calming herb that helps relieve period pain and premenstrual problems. Owing to its estrogen-stimulating action, it is most effective when levels of this hormone are low. The plant can therefore be a valuable remedy for complaints that are associated with menopause, particularly hot flashes.