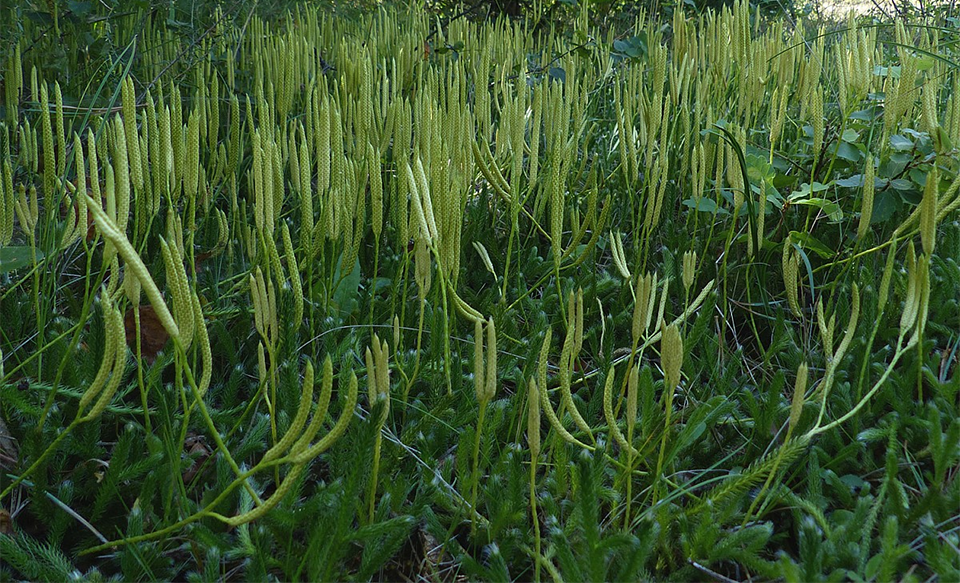 Club moss is found throughout temperate regions of the northern hemisphere. It is common on mountains and in moorland. The plant is gathered in summer.

Club moss has been used medicinally since at least the Middle Ages. The whole plant was employed as a diuretic to aid in the flushing out of kidney stones. In Wales, club moss was used for certain back problems and for colds and sore throats. Being strongly water-resistant, the spores are still used to coat tablets. The spores ignite explosively and have been used in making fireworks.

Club moss is diuretic, sedative, and antispasmodic, and is particularly useful for treating chronic urinary issues. The herb may also be taken for indigestion and gastritis. The spores can be applied to the skin to relieve itchiness. Club moss is frequently used in homeopathic medicine, being prescribed for headache, liver problems, and digestive symptoms such as gas and burping.

Club moss is potentially toxic in overdose. This plant should only be used with the supervision of a professional practitioner.