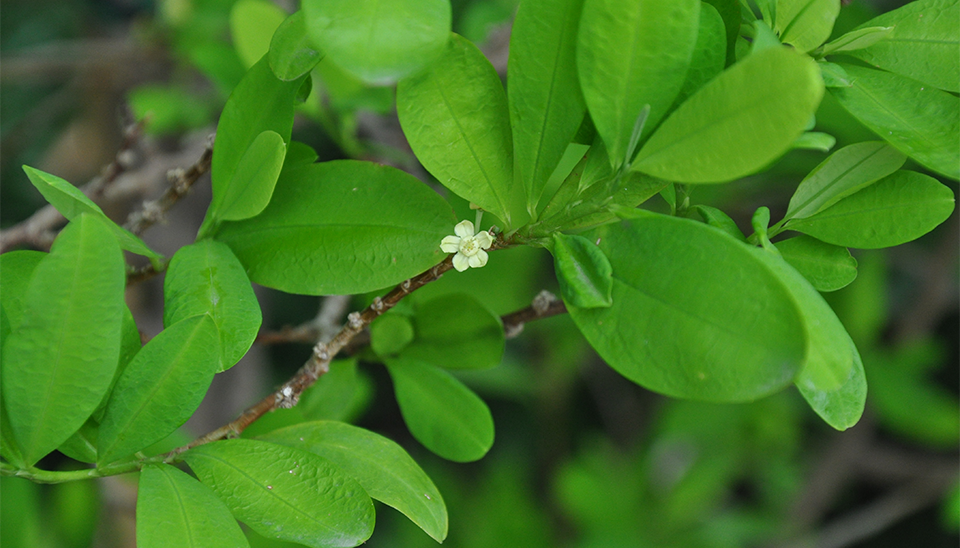 Native to Peru and Bolivia, coca grows in high-rainfall areas of the eastern Andes to altitudes of 4,900 ft (1,500 m). It is mostly cultivated for the illegal market. The leaves are picked when they begin to curl.

Coca contains cocaine and various other alkaloids, a volatile oil, flavonoids, vitamins A and B2, and minerals. The plant’s stimulant and anesthetic action is due largely to cocaine.

The indigenous peoples of the Andes carry pouches containing coca leaves and lime, which they chew throughout the day. Early European travelers noted that individuals chewing coca never had tooth or gum problems, and local folk medicine traditionally considered the plant a treatment for toothache. Coca leaf extract is still used as a flavoring for cola drinks—but cocaine has long been banned from the formulas.

In Bolivia and Peru, coca leaves play an important part in the culture and herbal medicine of the indigenous Aymara and Quechua peoples. High altitudes, cold, and an impoverished diet place great physical demands on the population. Coca leaves, chewed with lime or ashes, release small amounts of the active constituents, which act as a tonic and help block the effects of cold, exhaustion, and poor nutrition.

Coca leaves are also used in South American herbal medicine to treat nausea, vomiting, and asthma, and have been used to speed convalescence. Cocaine extracted from coca leaves is used legally in conventional medicine as a local anesthetic. It is also taken illegally as a narcotic, stimulant drug. As an isolated chemical, cocaine is extremely addictive.

Take only under professional supervision. Coca is subject to legal restrictions in most countries.