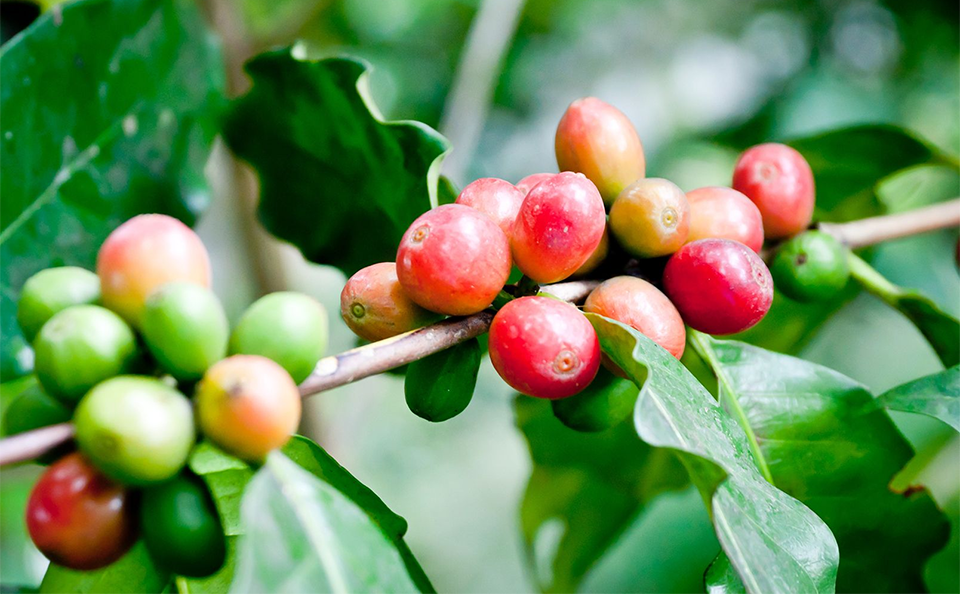 Coffee is native to tropical East Africa, and is now cultivated in tropical areas worldwide. The best-quality beans are produced by fermenting, sun-drying, and roasting the seeds.

Native to the plateaus of central Ethiopia, where it is thought to have originated, coffee spread to Yemen in the 6th century CE and then on into the Arabian peninsula. The Arabian physician Rhazes first recorded coffee’s use in the 10th century CE.

While coffee drinking formed part of Sufi prayer rituals, being taken to enable longer, more ecstatic prayer through the night, coffee gradually became the popular stimulant drink that we know today, spreading to Europe in the 17th century. By 2015, the annual trade in coffee exceeded $10 billion.

Coffee is an effective and much-loved stimulant of central nervous function, aiding mental alertness and perception. Coffee (and extracts) increase physical performance and heart output, stimulate digestive juices, and act as a powerful diuretic. It can be taken to counter drowsiness and to relieve headaches and migraines. It is non-addictive, although excess intake or sudden withdrawal from coffee may cause headaches. Many natural medicine practitioners consider overuse of coffee to be unhealthy as it is associated with nervous and endocrine exhaustion. Decaffeinated green coffee bean extract is taken to promote weight loss.

Regular coffee drinking is associated with a significantly decreased risk of colon cancer. Coffee may have a protective effect against Alzheimer’s and Parkinson’s diseases.

Percolated or boiled coffee is thought to have potentially harmful effects on the heart and circulation and to raise cholesterol levels. Caffeine can increase pre-menstrual symptoms and period pains.