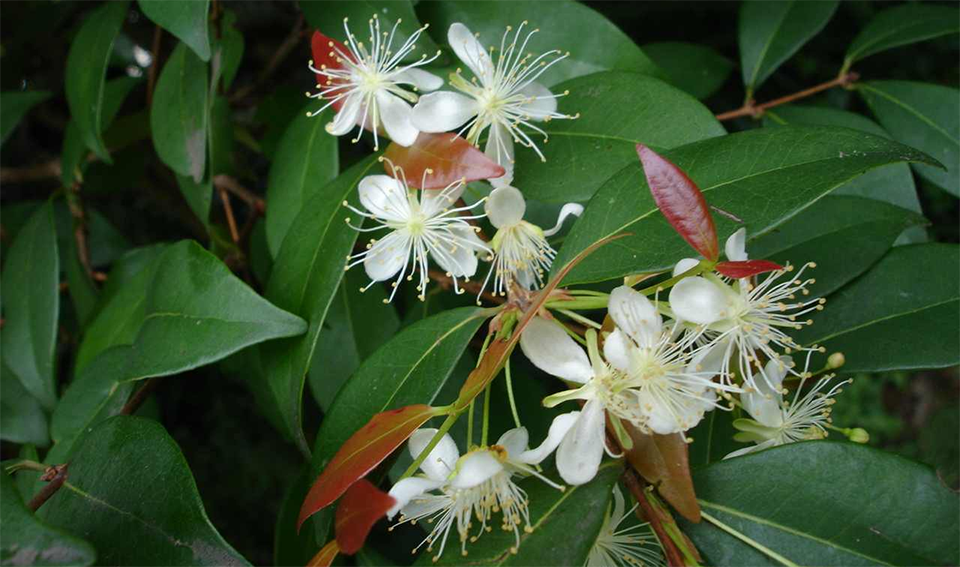 Copaiba is native to tropical South America, and also found in southern Africa. Oleoresin, a blend of volatile oil and resin often also referred to as copaiba, is obtained by drilling holes in the trunk.

The oleoresin contains a volatile oil (30–90%), which in turn contains alpha- and betacaryophyllene, sesquiterpenes, resins, and terpenic acids.

Copaiba was used by native Brazilians long before the arrival of Europeans. In 1625, the Portuguese monk Manoel Tristaon observed that it was employed to heal wounds and remove scars.

Antiseptic, diuretic, and stimulant, copaiba is still used extensively in Brazil. Chiefly employed to counter mucus in the chest and genitourinary system, it irritates the mucous membranes and promotes the coughing up of mucus. A solution or tincture of copaiba may be taken for bronchitis, chronic cystitis, diarrhea, and hemorrhoids. Eczema and other skin diseases reportedly benefit from its application.

Several of the 40 Copaifera species yield a medicinal oleoresin.

Copaiba is toxic in overdose. Use only under professional supervision.