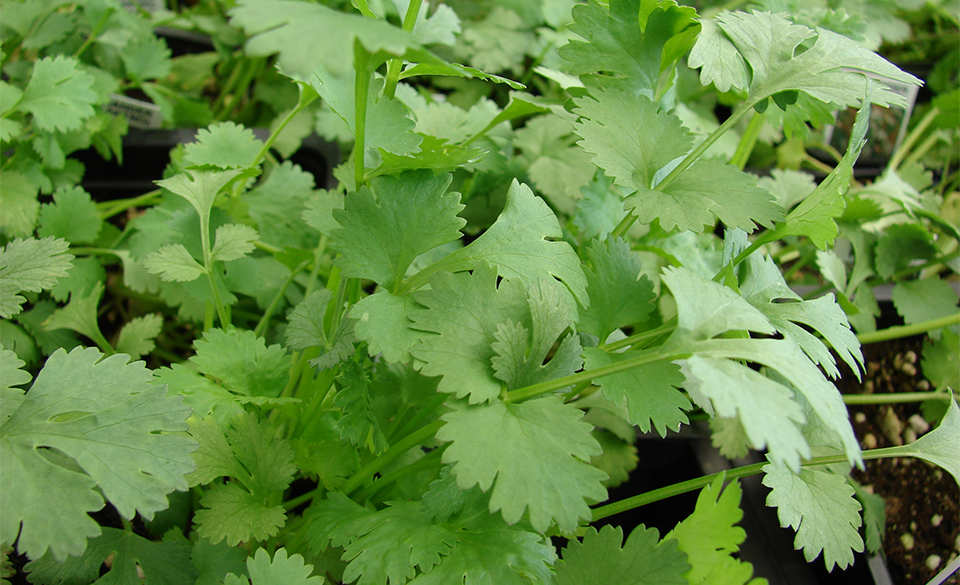 Native to southern Europe and western Asia, the herb is cultivated throughout the world. The seeds are gathered ripe in late summer.

Coriander contains up to 1.5% volatile oil, consisting mainly of delta-linalool (at around 70%), alpha-pinene and terpinine. It also contains flavonoids, coumarins, phthalides, and phenolic acids.

Coriander has been used throughout Asia, northern Africa, and Europe for well over 2,000 years. It is listed in the Ebers papyrus (dating to about 1500 BCE), and apparently was much employed in ancient Egypt. The herb reached China during the Han Dynasty (202 BCE–220 CE). Pliny (23–79 CE) describes its use “for spreading sores … diseased testes, burns, carbuncles, and sore ears, fluxes of the eyes, too, if woman’s milk be added.”

Coriander is more often used as a spice than as a medicine. Nevertheless, an infusion of the herb is a gentle remedy for flatulence, bloating, and cramps. It settles spasms within the gut and counters the effects of nervous tension. Coriander is also chewed to sweeten the breath, especially after consumption of garlic (Allium sativum).

Coriander seed has been used as an expectorant to treat coughs and bronchitis, and in traditional Middle Eastern medicine it is taken to calm anxiety and aid sleep. The ground seed is applied externally as a rub for rheumatic pain. In Europe, it has traditionally been thought to possess aphrodisiac properties.