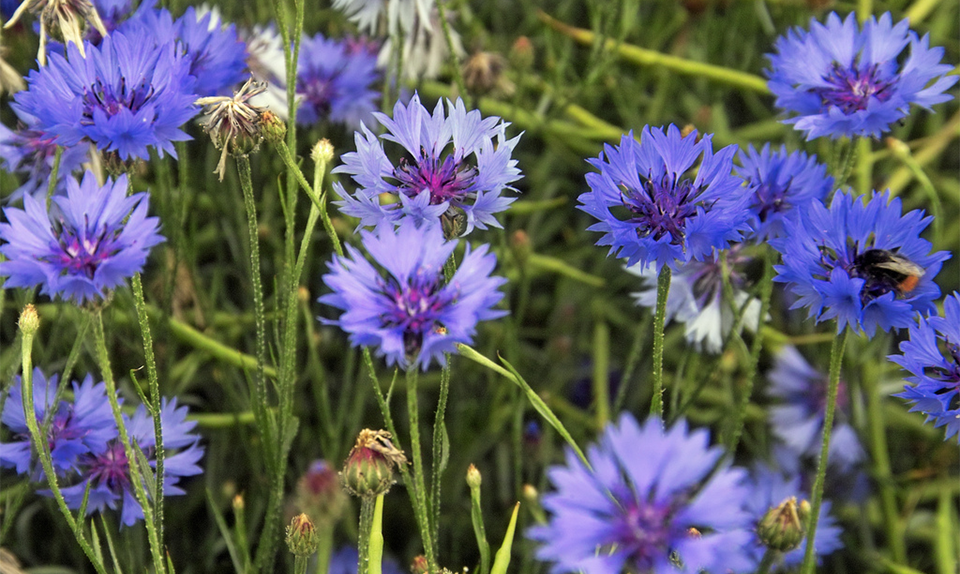 Annual or biennial plant growing to 3 ft (90 cm). Has a multi-branched stem, a basal rosette of leaves, and sky-blue flowers in summer.

Native to the Near East, cornflower grows wild in all temperate regions, often in cornfields. The flowers are gathered just after they open.

Cornflower’s medicinal properties were first mentioned in the 12th-century writings of Hildegard of Bingen. Later, the herbalist Pierandrea Mattioli (1501–1577) recommended it on the basis of the Doctrine of Signatures, which held that a plant’s appearance indicated the ailments it would cure. Cornflower’s deep blue color symbolized healthy eyes, and for this reason it became a treatment for eye ailments. (In France, the plant is called casse-lunette, or “break glasses.”)

Cornflower is still used in French herbal medicine as a remedy for the eyes (the strained infusion is used as an eyewash, and the petals applied as a poultice), but opinion differs as to its efficacy. The petals are also taken as a bitter tonic and stimulant, improving digestion and possibly supporting the liver as well as improving resistance to infection.

The seeds have been used as a mild laxative for children. A decoction of the leaves is used to treat rheumatic complaints. Related Species Greater knapweed (C. scabiosa) formed part of the medieval salve, an ointment applied to heal wounds and to treat skin infections.