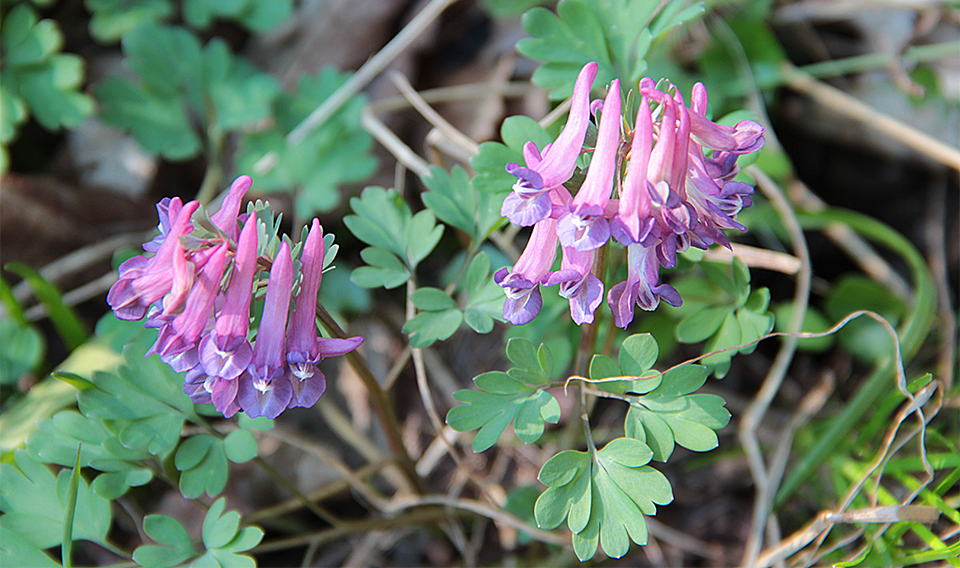 Corydalis is an important Chinese remedy that has been used at least since the 8th century to help “invigorate the blood” and relieve almost any painful condition. It is used particularly for menstrual cramps and for chest and abdominal pain. Research in China has confirmed the validity of corydalis’ traditional use, revealing that it contains powerful alkaloids that are responsible for its analgesic effect.

Native to Siberia, northern China, and Japan, corydalis is commonly cultivated in eastern and northeastern parts of China. It is propagated from seed in early spring or autumn, and the rhizome is harvested in late spring and early summer when the aerial parts have withered.

C. cava, a related species from southern Europe, has been shown to provide relief from involuntary tremors and ataxia (shaky movements). C. gariana, native to the Himalayas, is used in India as a detoxifying and tonic herb for skin problems and genitourinary infections. Fumitory (Fumaria officinalis), used to treat skin problems, is also closely related.

Analgesic properties: Research in China from the 1950s onward has shown that corydalis has useful pain-relieving properties. The powdered rhizome has up to one-tenth of the analgesic potency of morphine—an alkaloid derived from the opium poppy (Papaver somniferum).

Morphine is highly concentrated and the strongest analgesic in medical use. Although this research shows corydalis to be much weaker in its effect than morphine, it nonetheless indicates the value of corydalis in pain relief.

Alkaloids: The strongest analgesic alkaloid in corydalis is corydaline. Tetrahydropalmatine (THP), another alkaloid, is analgesic and sedative and has been shown to work, at least in part, by blocking the dopamine receptors in the central nervous system. This constituent is also known to stimulate secretion of the adrenocorticotrophic hormone (ACTH) by the anterior pituitary gland, which controls aspects of stress.

Pain relief: Corydalis is specifically taken to treat pain, and is used in Chinese herbal medicine to relieve pain resulting from almost any cause. It is rarely taken on its own, being combined with various other herbs as appropriate.

Period pain: Corydalis is well worth trying as a natural treatment for period pain, and combines well with cramp bark (Viburnum opulus).

Abdominal conditions: Many types of abdominal pain, whether in the lower abdomen as in appendicitis, or in the upper abdomen as in peptic ulcer, are treated with corydalis.

Injuries: In Chinese medical theory, and in other herbal traditions, pain is often thought to stem from obstruction of normal blood flow. As corydalis is thought to “invigorate the blood,” it is considered to be especially useful as a treatment for the pain that results from a traumatic injury.