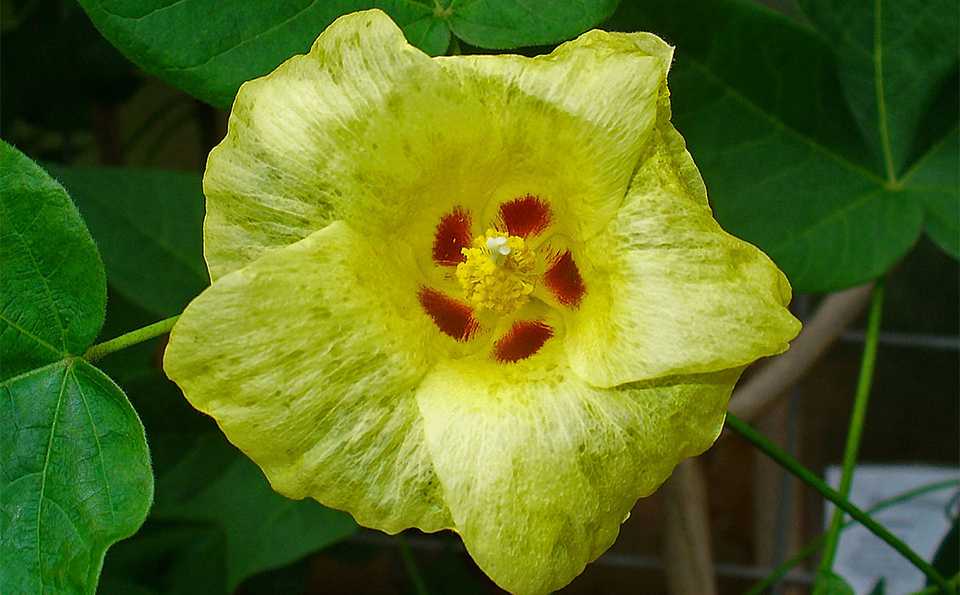 Native to the Americas, Africa, and Asia, cotton thrives in warm temperate and tropical climates. It is widely cultivated for its fiber. The root and seeds of the plant are harvested in autumn.

In India and the Middle East, cotton has been cultivated since the earliest times for its fiber and medicinal properties. The plant was particularly valued for its ability to induce menstruation. Cotton seed oil’s contraceptive effect in men was first discovered in China when men became infertile after eating food cooked in the oil.

Cotton root bark is rarely used medicinally today. It was once employed as a substitute for ergot (Claviceps purpurea), the widely used labor-inducing herb. Cotton root bark is both milder-acting and safer in effect, stimulating uterine contractions and hastening a difficult labor. It also promotes abortion or the onset of a period, and reduces menstrual flow. Cotton root bark encourages the blood to clot and the secretion of breast milk. Cotton seed oil is used to treat heavy menstrual bleeding and endometriosis.

Cotton seeds and seed oil cause infertility in men, and have been tested as a male contraceptive in China. However, in addition to lowering sperm count, cotton seed oil causes the degeneration of sperm-producing cells.

The American species G. hirsutum was used extensively as a medicinal herb by the Maya and Aztecs, and was also cultivated for its fiber. Columbus carried samples of this species back to Europe from his first voyage. Native American people used the bark to ease the pain of childbirth, and by the 19th century it was used as an inducer of menstruation and abortion.

Cotton root bark and seed oil are potentially toxic and should only be used under professional supervision. Do not use during pregnancy.