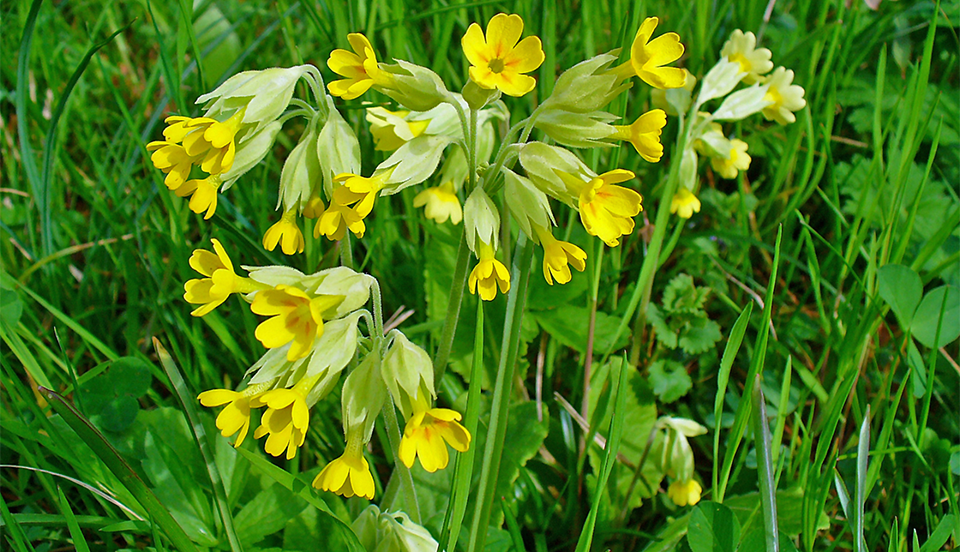 Cowslip grows in Europe and western Asia, preferring fields and pastures with chalky soils. The flowers and leaves are gathered in spring and summer, the root in autumn. This increasingly rare plant should not be picked from the wild.

This plant is so closely associated with springtime that it is known as primavera (spring) in Spanish and Italian. Cowslip has long been reputed to preserve beauty. The 16th-century herbalist William Turner wrote: “Some weomen … sprinkle ye floures of cowslip with whyte wine and after … wash their faces with that water to… make them fayre in the eyes of the worlde rather than in the eyes of God, whom they are not afryd to offend.”

Cowslip is an underused but valuable plant. The root is strongly expectorant, stimulating a more liquid mucus and so easing the clearance of phlegm. It is given for chronic coughs, especially those associated with chronic bronchitis and mucus congestion. The root is also thought to be mildly diuretic and anti-rheumatic and to slow blood clotting.

The leaves have similar properties to the root, but are weaker in action. The flowers are believed to be sedative and are recommended for over activity and sleeplessness, particularly in children. Cowslip flowers’ antispasmodic and anti-inflammatory properties make them potentially useful in the treatment of asthma and other allergic conditions.

Do not take cowslip during pregnancy, if allergic to aspirin, or if taking anticoagulant medication. Excessive doses can cause vomiting and diarrhea.