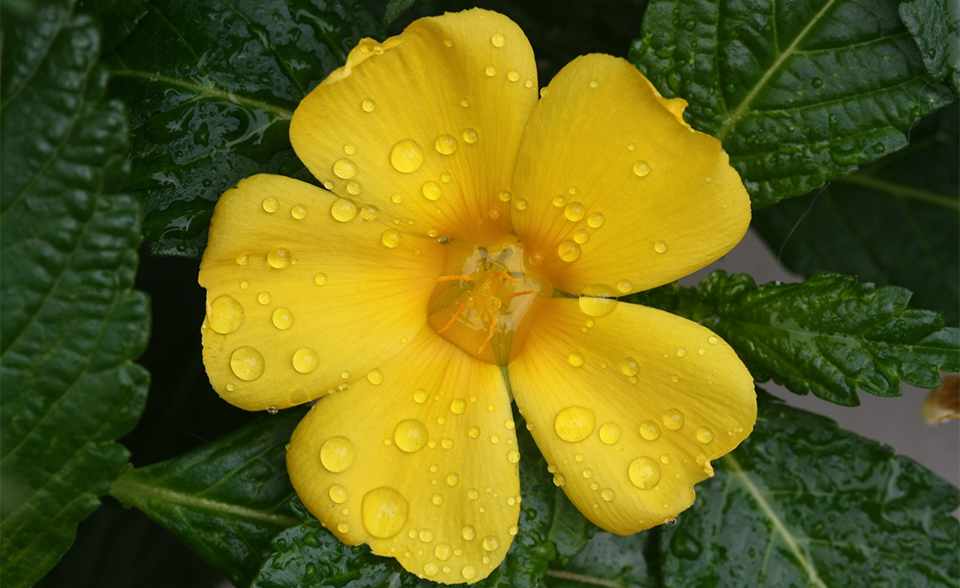 Damiana is a traditional aphrodisiac of the Maya people in Central America. It continues to be considered valuable as an aphrodisiac and general tonic, and its stimulant, tonic action also makes it a valuable remedy for those suffering from mild depression. Damiana has a strongly aromatic, slightly bitter taste. The leaves are used to flavor liqueurs and are taken in Mexico as a substitute for tea.

Damiana is native to the Gulf of Mexico, southern California, the northern Caribbean Islands, and Namibia. It is also cultivated in these areas. Damiana is grown from seed in spring and prefers a hot, humid climate. The leaves are harvested when the herb is in flower in summer.

T. opifera and T. ulmifolia are used as tonics in Brazil and Central America, respectively.

Initial research: The first study into the aphrodisiac activity of damiana (published in 1999) found that male rats with low sexual activity became more sexually active when given damiana extract. One cannot generalize from animals to humans, but this does correspond with traditional views of the herb. Other recent research suggests that damiana helps to prevent raised bloodsugar levels in diabetics.

Tonic: Damiana is a tonic and restorative for the nervous system, and has always been considered an aphrodisiac. Its tonic action is partly due to the constituent thymol, which is antiseptic and tonic.

Antidepressant: Technically, damiana is a thymoleptic (having a stimulating action on the body and mind). It is given to people suffering from mild to moderate depression or nervous exhaustion. Its stimulating and restorative properties make it valuable when anxiety and depression happen together.

Sexual restorative: Due to its reputed testosterogenic activity, damiana has always been seen as an herb for men, helpful in treating premature ejaculation and impotence. It is, however, beneficial for both men and women, being considered restorative to the reproductive organs of both sexes.

Gynecological problems: Damiana is often given for painful and delayed periods, and is used specifically for headaches connected to menstruation.

Laxative: Damiana is a mild laxative, useful in the treatment of constipation due to poor bowel muscle tone.