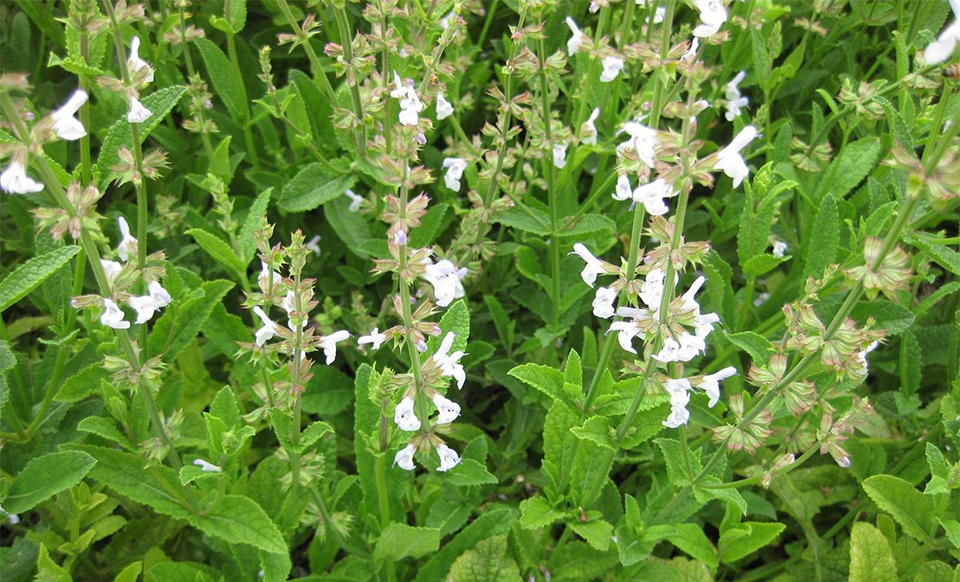 Recent scientific research supports dan shen’s traditional usage as a remedy for heart and circulatory problems such as angina and palpitations. The Divine Husbandman’s Classic (Shen’nong Bencaojing), the earliest of all Chinese herbal texts, listed dan shen as an herb that “invigorates the blood,” and it is still used as a circulatory remedy. In particular, it is taken for period pain and other conditions resulting from circulatory congestion.

Native to China, dan shen is now cultivated in northeastern China and Inner Mongolia. It requires moist, sandy soil and is propagated by root division in spring. The root is harvested from late autumn through early spring.

Sage (S. officinalis) is closely related, but is used for an entirely different range of medical problems. In Mexico, the related species S. divinorum is used as a hallucinogen.

Tanshinones: There has been extensive research into dan shen in China, and the tanshinones have been shown to have a profound effect on coronary circulation, reducing the symptoms of angina and improving heart function.

Heart attack: The whole herb (rather than isolated constituents) has been used in China to assist patients who are recovering from a heart attack, and it appears to support heart function at this critical time. Clinical trials in China, however, have shown that dan shen is most effective when taken as a preventative, rather than as a remedy after the heart attack has taken place.

Other research: Many recent clinical trials involving dan shen have used Chinese herbal combinations, rather than dan shen alone, so it is hard to draw conclusions. However, they do provide further evidence of dan shen’s usefulness in cardiovascular problems such as high blood pressure, angina, and heart disease. Unusually, two clinical trials in China (2012) found that injected extracts of dan shen were helpful in preeclampsia, a serious condition during pregnancy which involves fluid retention and high blood pressure.

Circulatory stimulant: Dan shen has been esteemed by the Chinese for thousands of years as a circulatory stimulant. Like hawthorn (Crataegus oxyacantha), it is a safe, effective remedy for many circulatory problems. It particularly benefits coronary circulation, opening up the arteries and improving blood flow to the heart, and is therefore helpful in treating coronary heart disease. Though it does not lower blood pressure, dan shen relaxes the blood vessels and improves circulation throughout the body.

Circulatory congestion: Dan shen is used traditionally to treat conditions caused by blood stagnation, primarily those affecting the lower abdomen, such as absent or painful periods and fibroids.

Sedative: The sedative action of dan shen helps to calm the nerves, and it is therefore helpful in treating angina, a condition made worse by anxiety and worry. Palpitations, insomnia, and irritability also benefit from dan shen’s sedative properties.