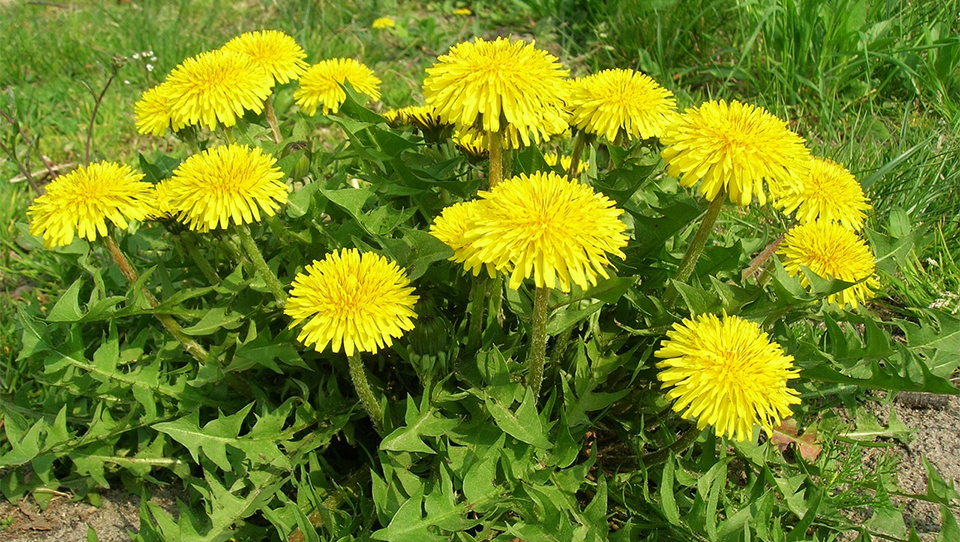 Known principally as a weed, dandelion has an astonishing range of health benefits. In Western folk medicine, the leaves, which can be eaten in salads, have long been used as a diuretic. They were recommended in the works of Arab physicians in the 11th century, and in an herbal written by the physicians of Myddfai in Wales in the 13th century. The root, which has a shorter history of medicinal use, is good for the liver.

Dandelion grows wild in most parts of the world and is cultivated in Germany and France. It is propagated from seed in spring. The young leaves are picked in spring for tonic salads, and later as a medicine. The root of 2-year-old plants is unearthed in autumn.

Leaves: Research published in the journal Planta Medica, in 1974, confirmed that dandelion leaves are a powerful diuretic, though their exact mode of action is not understood. Many other small-scale studies have confirmed this diuretic, or more accurately, aquaretic effect of dandelion leaf. Aquaretic refers to the fact that many herbal diuretics stimulate just the elimination of water and potassium. As dandelion leaf has very high levels of potassium, it is thought that no net loss of this mineral occurs on taking the leaf.

Diuretic: Dandelion leaf is used as a diuretic and treats high blood pressure by reducing the volume of fluid in the body.

Detoxifying remedy: Dandelion root is a key detoxifying herb that gently stimulates the liver and gall bladder’s capacity to clear waste products from the body. This action makes it valuable in the many health conditions that involve chronic toxicity, whether this toxicity is linked to inflammation, infection, or dietary or environmental factors. The root is typically taken to treat constipation, skin problems, such as eczema, and arthritic conditions, where improved clearance of waste products can reduce local inflammation.

Other uses: Dandelion root is a good prebiotic, supporting the health of the gut flora. It has traditionally been used in the early stages of type 2 diabetes, stimulating insulin release from the pancreas and supporting stable blood-sugar levels.